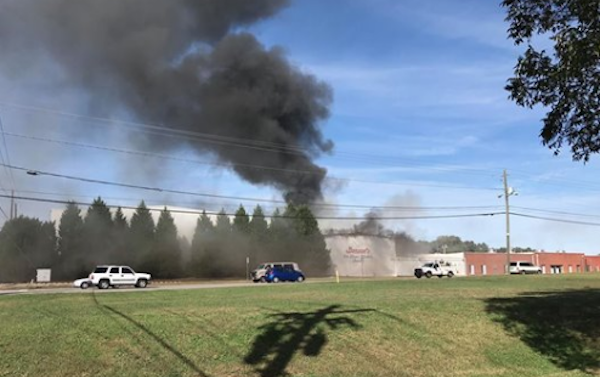 No one was injured when the Benson’s bakery off Atlanta Highway in Bogart caught fire Monday afternoon.

The fire apparently started in one of the main factory rooms shortly before 3 p.m. Workers were evacuated and Oconee Fire Rescue called to battle the blaze.

“They were cutting a hole for a fan, and the fire started in the insulation,” Oconee County Sheriff Scott Berry told The Oconee Enterprise.

Founded in 1918 as a bread bakery, Benson’s took off in the 1950s, when it started producing fruitcakes for the Athens Jaycees to sell as a fundraiser. The bakery also produces angel food, creme and pound cakes.

Family patriarch Ed Benson, who inherited the bakery from his father and grandfather, died last year at the age of 96. The company is run by his son, Larry Benson.

Terrapin Releases So Fresh and So Green, Green and More Local Beer News