Terrapin Releases So Fresh and So Green, Green and More Local Beer News 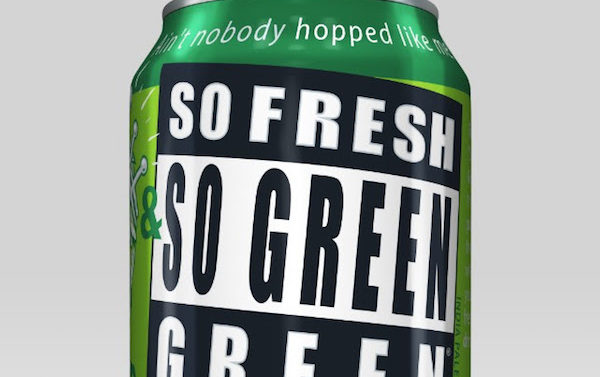 Terrapin will release its aways eagerly awaited wet-hopped So Fresh and So Green, Green IPA at its annual Hop Harvest Festival this Saturday.

This year, the Athens-based brewery went with a hop called Glacier, which balances SFASGG’s malt sweetness and brings citrus notes and an herbal, woody aroma to the beer. And, for the first time, the hops are sourced from Michigan—a market Terrapin recently expanded into, and which has a, um, budding hop-growing industry. (American hops typically flourish in the Pacific Northwest.)

This will be a busy weekend for beer lovers. Also Saturday, Akademia Brewpub celebrates its first anniversary with the release of Paraskevidekatriaphobia, a 13% ABV stout referencing the fear of Friday the 13th, the day Akademia opened last year.

Akademia will be selling its first-ever bottles as well: a red-wine-barrel-aged version of Everything He Touches, a tart brett saison. Plus, live music and food specials.

Over at Creature Comforts, Paradiso is back on tap as of Wednesday and will soon be available throughout Athens. This year’s variant of the tart Berliner weisse Athena is flavored with guava and passionfruit.