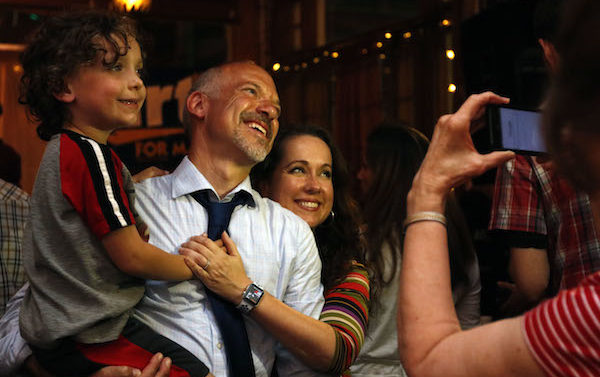 With nearly twice as many votes as his nearest competitor, Athens-Clarke County Commissioner Kelly Girtz was elected the next mayor on Tuesday.

Girtz called the results a continuation of the progressive wave in 2017 that swept two Democratic state representives into office in GOP districts. But Girtz also said he reached out to every part of the county during his year-long campaign and would continue to do so.

He will replace the term-limited Nancy Denson in January. 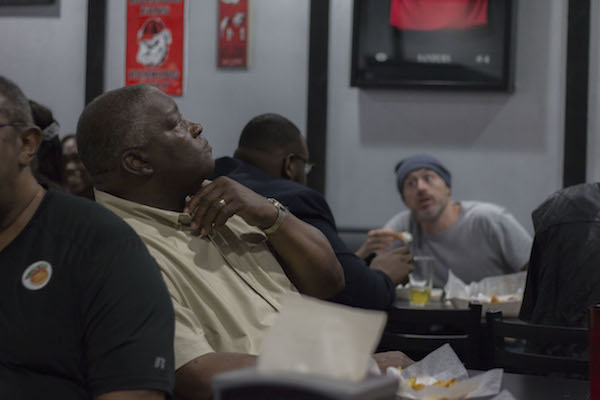 In school board races, LaKeisha Gantt upset District 7 incumbent Carol Williams with 56 percent of the vote, and Kara Dyckman won the District 5 race over Imani Scott-Blackwell, also with 56 percent.

The District 5 school board race was the lone defeat for the progressive group Athens for Everyone. Otherwise, their entire slate of candidates—Girtz, Davenport, Parker, Link, Denson, Edwards, Thornton and Gantt—won, mostly by large margins. 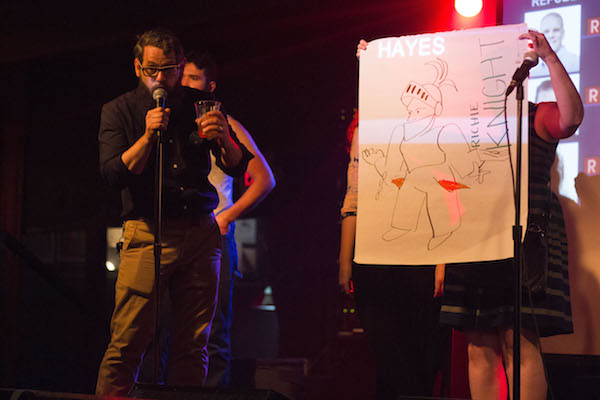 Tim Denson gives a victory speech at the 40 Watt Club after he won the Commission District 5 race and Girtz vanquished Knight.

It’s almost unheard of to beat a sitting judge, but public defender Lisa Lott ousted newly appointed Superior Court Judge Regina Quick, and it wasn’t even that close, 55–45. Judge Eric Norris held on to his seat on the bench 51–49 over Allison Mauldin. The nonpartisan races took on partisan overtones, since both judges were appointed by Republican Gov. Nathan Deal and Quick was a GOP state representative, but some liberals expressed hesitation about Mauldin because of her background as a prosecutor.

Perhaps the most surprising result of a night full of surprises, though, was in the 10th Congressional District. Tabitha Johnson-Green is poised to possibly win the Democratic nomination without a runoff despite being completely unknown in the Democratic stronghold of Athens and not joining the race until March. She had 50.1 percent of the vote with 96 percent of precincts reporting. If she drops below 50 percent, she will face Chalis Montgomery, who finished second with 26 percent. Richard Dien Winfield received 23 percent.

My Co-Worker Is a Terrorizer