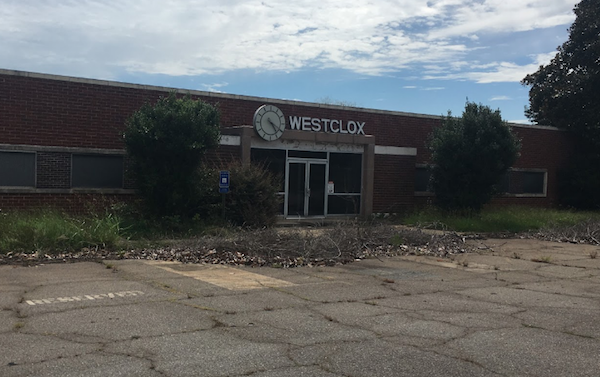 A “super cool” 35-acre mixed-use development including a 3,000-seat music venue is planned for the the old Westclox plant off Newton Bridge Road, the Atlanta Business Chronicle reported Thursday.

The project’s developers, UGA graduate Michael Dinerman and Jennifer Davidson, have been eyeing the property for more than two years. Dinerman, an Atlanta real estate developer, said he has seen similar adaptive reuse projects in Atlanta and noticed that Athens lacks a large music venue.

In addition to the music venue, they want to build about 100 apartments, “maker space” for craftspeople, retail space and three or four restaurants. Terrapin Brewery has also signed a long-term lease for warehouse space at the development, according to the Business Chronicle.

“We’ll probably look at having a tasting room in support of the music venue,” Terrapin President Frank Skorzewski said. “Terrapin has always supported music venues here in Athens. I think it will be a great opportunity because of its location directly across the street from the brewery.”

Dinerman compared the project to The Battery, the mixed-use development at SunTrust Park, the new Braves stadium in Cobb County.

“We want this project to look like Athens,” Dinerman told the Business Chronicle.

According to Dinerman, Terrapin plans to occupy the warehouse space this October. Development would begin in January and be completed in the spring of 2020.

The project—called General Time—is similar to the Southern Mill adaptive reuse project underway off Bryan Street nearby. Another developer has also proposed an 8,000-seat amphitheater off the next Loop exit at Commerce Road.

Local architects Studio.BNA and Smith Planning Group are designing the project. Dinerman said he has also consulted with David Barbe, head of UGA’s music business program, and Lisa Love, director of music marketing and development at the Georgia Department of Economic Development.

The Westclox plant closed in 2000 and has been vacant ever since.