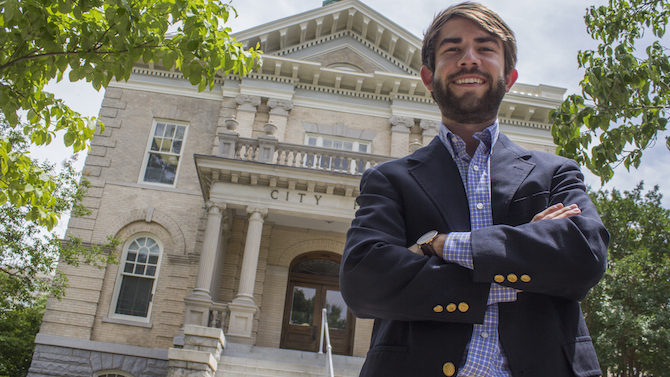 Donald Trump played a role in the candidate forum for the Nov. 7 special elections for House Districts 117 and 119 held Tuesday night at the Oconee County campus of the University of North Georgia, as he did in a forum last week.

In response to a question about Trump’s behavior as President, the three Republican candidates in the race for House District 119 strongly endorsed Trump, though Steven Strickland did say he had problems with 5 percent of what Trump does.

When Houston Gaines, running as the sole Republican in House District 117, was asked, if the 2016 election were tomorrow, would he vote for Trump or Hillary Clinton, he did not answer.

That produced a tense exchange with audience member Russell Edwards, an Athens attorney who is past chair of the Athens-Clarke County Democratic Committee.

Moderator Blake Giles told the audience of just less then 40 that the two Democratic candidates had cited scheduling conflicts in declining to attend.