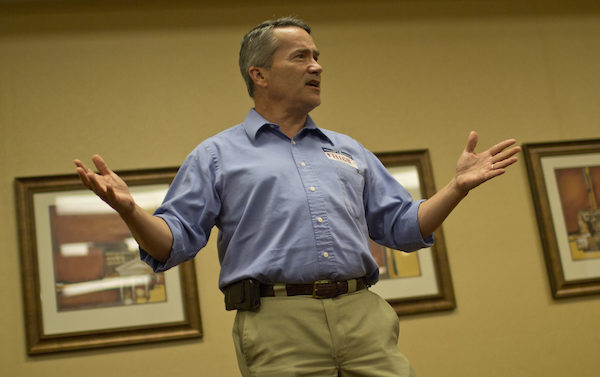 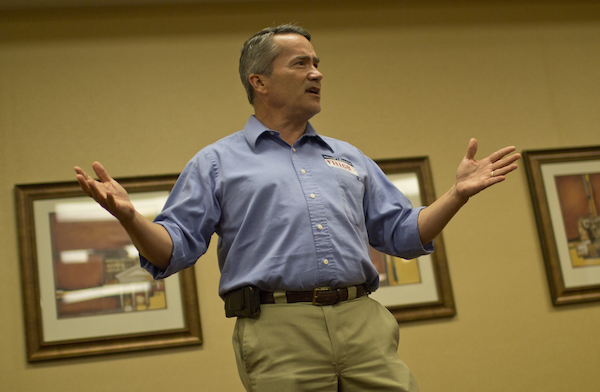 “Six of one, half dozen of the other…”

President Donald Trump has been roundly criticized for his milquetoast statement on the riot in Charlottesville, VA yesterday—during which white supremacist thugs killed a counterprotesterand injured dozens more, and two police officers died in a helicopter crash—blaming the violence on “many sides” rather than a particular group of bigots who happen to be his core supporters.

But he’s not the only one who refuses to identify the people who committed the violence or their ideology. Several Republican Georgia congressmen have skirted the issue themselves, condemning violence and hatred in general terms while acting like they’re things that just sort of … happen, instead of things that people do.

Call them the alt-right, white supremacists, white nationalists, neo-Nazis. Call them whatever you want. But call them out.

The violence we’ve witnessed today is not who we are as a country. Our thoughts go out all law enforcement working hard to keep the peace.

I strongly condemn the hatred and violence in Charlottesville. This type of of vile bigotry and hate is not what our country stands for.

And Rep. Jody Hice, who represents most of Athens:

We must unite as a Nation and overcome that which divides us. #Charlottesville https://t.co/nDTN33PjLf

The problem with these statements is they’re so vague that they allow white supremacists to interpret them as support.

Besides, imagine what Hice would say if a Muslim had been driving the car that plowed through the crowd in Charlottesville.

Meanwhile, Rep. Doug Collins, who also represents part of Athens, and Gov. Nathan Deal have said nothing, while Lt. Gov. Casey Cagle has been tweeting about going to a race and hanging out with “bikers for Trump.” Athens native Jack Kingston, a former congressman turned Trump lackey, is mad at the left.

Some Republicans—Sens. Marco Rubio, Ted Cruz, Orrin Hatch and Corey Gardner, to name a few—did get it right. The rest need to do better.

I strongly condemn the message and actions of these white nationalists. Let me be clear: there is no place for hate or racism in America. pic.twitter.com/2G2QjAHI9J