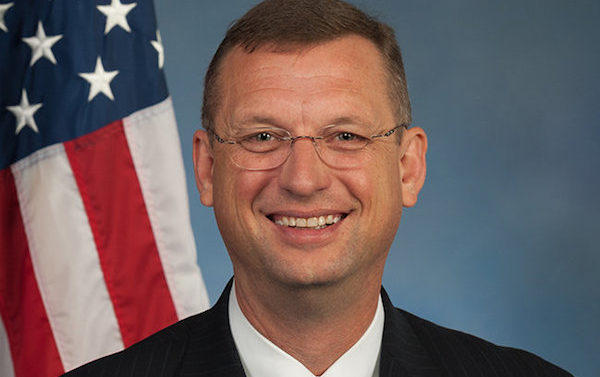 Republican U.S. Rep. Doug Collins—who represents a sliver of North Athens—held a town hall meeting in his hometown of Gainesville yesterday, and although the district is one of the most conservative in the country, Democratic protesters were out in force.

The Gainesville Times was there:

Democrats and progressives, many of them present at a May protest outside Collins’ Gainesville headquarters, shouted Collins down early in the town hall, calling for single-payer health care, federal investigations into pharmaceutical companies and for further probes of Trump’s alleged collusion with Russia.

Their demonstrations prompted more shouting from Republicans and conservatives in the audience, who called for quiet to let Collins take questions.

The climax of the protests came close to the end of the town hall, which lasted about 80 minutes. Protester Marisa Pyle, who at various points argued health care points with Collins, stood and unfurled a sign proclaiming “Collins voted to kill me.” The sign was seized by local law enforcement and Pyle was escorted out of the courtroom.

Collins said Congress should continue to press on with health care reform.

He also addressed the Russian and North Korean threats, saying that special prosecutor Bob Mueller’s investigation into Russia’s connections to the Trump Administration should run its course, and defending U.S. actions against North Korea.