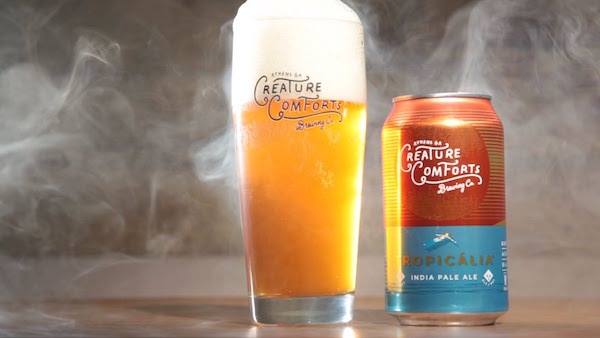 It’s hard to imagine Baptist Gov. Nathan Deal kicking back with a cold one to watch some football, but if he does, he has good taste. Deal included 12 Athens-made Creature Comforts Tropicalias in a wager with Wisconsin Gov. Scott Walker over this weekend’s Falcons-Packers playoff game.

In addition to the brewskis, Deal bet an unspecified amount of Coca-Cola (which, he added, is not “pop”), chili dogs from The Varsity, peach pies from Dickey Farms and Georgia peanuts. Sounds like a nice gameday spread to me.

It’s too bad Walker won’t get a chance to taste that Tropicalia. #RiseUp

Trump Is Right to Want Better Relations With Russia