The Party’s Back On at Frat Beach 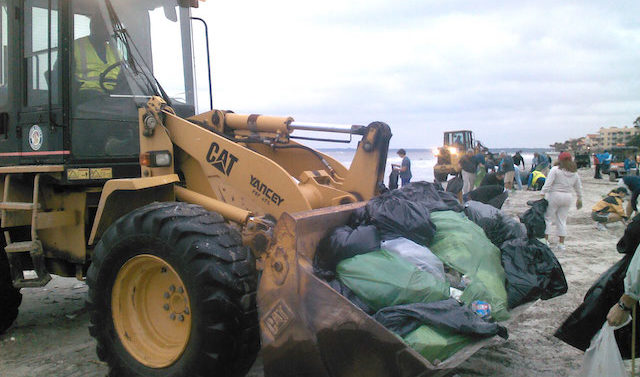 Volunteers and Glynn County workers clean up Frat Beach after the Georgia-Florida game in 2012.
by Blake Aued October 27, 2016

Authorities at the beach community that’s a notorious party spot for UGA students on the Georgia-Florida football weekend have decided to scale back the police presence after cracking down on rowdy students last year, the Golden Isles News reported.

Last year’s “zero tolerance” approach will still be in effect, but police won’t be out in force on St. Simons Island roads like they were last year.

“Last year may have been a bit of overkill,” County Commission Chairman Richard Strickland said, according to the News. “We were trying to get their attention, to make them understand. We appreciate them being here, but at the same time we have laws and we want you to behave yourselves. But we are more than happy to have them here.”

Last year, after getting fed up with partiers trashing the beach, Glynn County commissioners sent a stern letter to UGA and Florida students warning them to behave themselves. They didn’t this year. Apparently coastal merchants complained that the heavy police presence hurt their business.