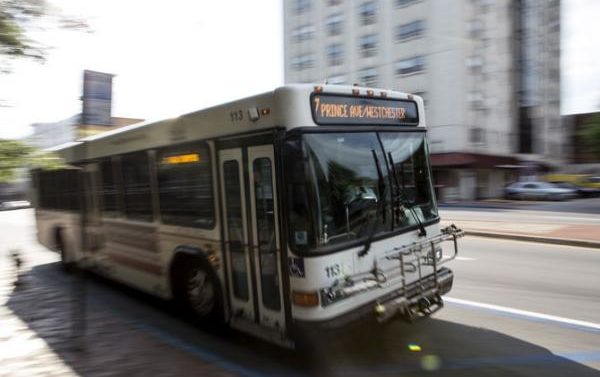 53-year-old Anthony Zackery was killed Tuesday night while riding his bike on Nelly B Avenue in East Athens when he collided with an Athens Transit bus.

According to Athens-Clarke County officials, Zackery was riding on the sidewalk at 8:05 p.m. when the bus activated its turn signal on and turned left onto Martin Circle. Zackery braked but fell off his bike into the street and was hit by one of the bus’ tires. The driver stopped the bus, and the dispatcher called 911. Zackery was pronounced dead at the scene.

Zackery was not wearing a helmet, was wearing dark clothing, his bike did not have a headlight, and the area was dimly lit, according to the Georgia State Patrol.

The bus driver, who has 20 years of experience, has not been charged. Per department policy, she was taken to Athens Regional Medical Center to have blood drawn, and a toxicology report that will show whether she had drugs or alcohol in her system is pending. A toxicology report is pending for Zackery as well.

“Our thoughts are with the family and friends of Mr. Zackery during this difficult time,” Athens Transit Director Butch McDuffie said in a press release. “We continue to coordinate with the Georgia State Patrol to provide them with any needed information as they complete their investigation into this tragic accident.”

ACC police ask GSP to take over the investigation because the crash involved a city bus.

The driver and the four passengers aboard the bus were unharmed.

Zackery is the second cyclist killed in Athens in less than two weeks. Ashley Block, a 25-year-old UGA graduate student, was hit by a car and killed on Athena Drive Sept. 12.