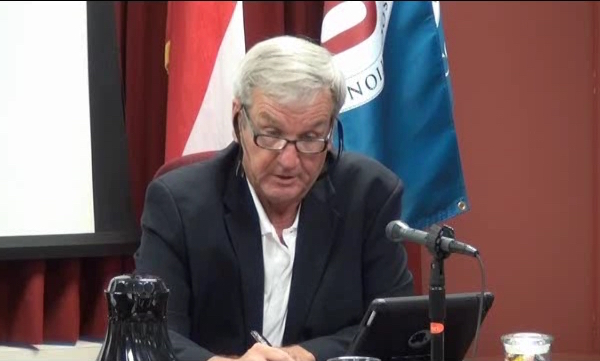 The investment could be good money thrown after bad, as Oconee County Public Works Director Emil Beshara told the commissioners that the Georgia Department of Transportation already has rejected the proposed plans for the change in the roadway design.

Commissioner Jim Luke said the commissioners at some point in the past had agreed to a deal with Doug Dickens, owner of Dickens Farms, in which Dickens gave the county some easements for the roadway in exchange for the median cut.

Beshara said that Dickens had given the county “in excess of $32,000″ toward the median cut, and some changes already have been designed and approved, but the county will have to pay an additional $23,000 in construction costs if GDOT allows the changes.

In other action, the Commission, against the recommendation of County Attorney Daniel Haygood and Beshara, awarded a part of a solid waste collection and disposal contract to Oconee Waste Transport even though its bid was more than 7 percent higher than the competing bid.

Commissioners also voted to rezone nearly 2 acres across from Oconee County Elementary School for two fast-food restaurants with drive-through operations despite a 9-1 vote against the rezone by the planning commission and a letter from Sheriff Scott Berry opposing it.

Craft Public House to Open This Month on Eastside