Athens for Everyone Endorses John Knox for BOE 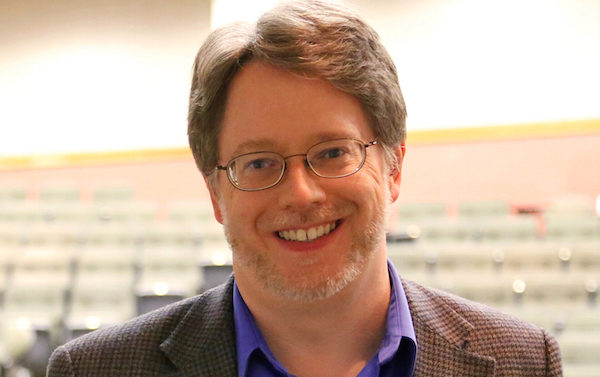 Athens for Everyone—the progressive group that grew out of Tim Denson’s 2014 mayoral campaign—has endorsed UGA geography professor John Knox for District 8 on the Clarke County Board of Education.

Knox is running against Kamau Hull, a local attorney, for the vacant seat representing the Eastside. Hull apparently impressed A4E as well, but they’re siding with Knox nonetheless.

Here’s the full text of the endorsement:

After careful consideration and a noted admiration and respect for both Kamau Hull and John Knox, Athens for Everyone will endorse Dr. John Knox for the Athens-Clarke County District 8 Board of Education seat.

Dr. Knox’s experience in public higher education coupled with the alignment of his campaign platform to a number of Athens for Everyone’s priorities suggest he is best equipped to carry out the duties of and incite much-needed changes to the school board. His immense dissatisfaction with and policy-oriented commitment to improving existing board culture, the relationship between the Superintendent and the board, and school-community relations is promising for all CCSD students.

Knox has taken a proactive stance on sexual assault prevention by advocating for consent education, mentoring programs, and emphasizing transparency within the school system. He also consistently and actively opposes the Opportunity School District ballot initiative while emphasizing strong school leadership and healthy school climate. These positions are in line with the goals of Athens for Everyone’s newly-created Education Campaign, as well as our Athens Sexual Assault Prevention (ASAP) initiative.

Kamau Hull, too, is a strong candidate and an undeniably unifying presence in the community. We not only wish to commend his ongoing community involvement, but also to highlight it as an example for public officials and community members alike.

Overall, John Knox displays the relevant experience and commitment to prioritizing the voices of those closest to the students that position him to create sustainable change in board culture, accountability, and policy-oriented solutions that are best for Clarke County students.

The District 8 seat is the only contested race on the school board, and no commission seats are up for grabs this year,  either. But there are contested races for U.S. Senate, state Senate, Congress, Public Service Commission and Clarke County tax commissioner on the May 24 ballot.

Brew Down V at 1000 Faces Tuesday, and Other Food Events

Zombie Coffee and Donuts Opening Monday, and Other Food News