Paul Broun Is Back! 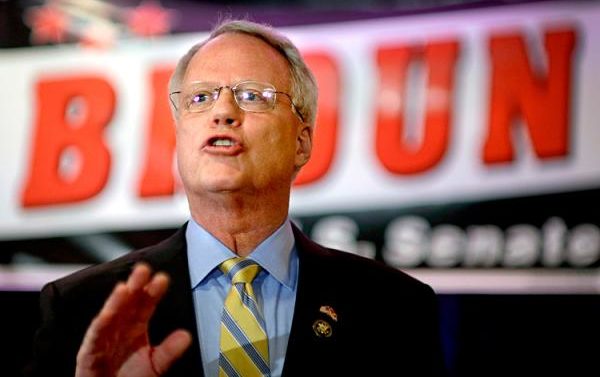 Pop the popcorn. After two years’ absence, Dr. Broun may be going back to Washington.

Paul Broun, Athens’ controversial former congressman, is considering running for Congress once again—but this time in a different district.

Broun told the Atlanta Journal-Constitution that he plans to make an announcement on Wednesday. “Stay tuned,” he said when asked what the announcement would be.

Broun lives in Oconee County, which is outside the 9th District. It stretches from northern Clarke County through Gainesville into the North Georgia mountains.

However, 9th District Rep. Doug Collins may be more vulnerable than 10th District Rep. Jody Hice, who won the seat in 2014 with Broun’s blessing. Already two other Republicans have lined up to run against Collins in the May primary.

Unlike state and local elected officials, congressmen aren’t required to live in the district they represent.

In the seven years he represented Athens before his failed Senate bid, Broun was known nationwide for his outlandish statements, such as comparing President Obama to Hitler and calling the theory of evolution “lies from the pit of hell.”

Behold a New Video From The Rodney Kings