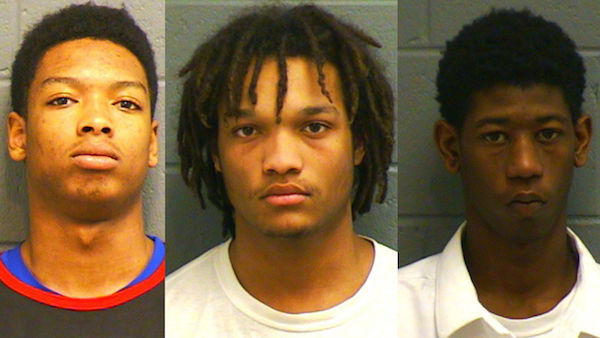 A Clarke County Superior Court judge denied bail Monday to two of three Cedar Shoals High School students accused of raping a 15-year-old classmate in a stairwell at the school on Jan. 7, according to the Athens Banner-Herald.

Judge David Sweat made his ruling after he learned that the three suspects—Jaivious Malik Collins, 17, Xavier Marquise Clarke, 18, and Markell Dereek Brannon, 18—had tried to coerce the victim into recanting her statements to authorities.

Sweat denied bail for Collins and Clarke on Monday. A hearing for Brannon is scheduled for Thursday.

In addition, police did not learn of a surveillance video that captured the alleged attack because school officials mistakenly believed the camera was malfunctioning; they were unable to download it and had to make a “video of the video,” assistant district attorney Jon Forwood told the court. This could explain why the suspects were not arrested until Jan. 30 and Feb. 1.

Alfred Fargione—the attorney for Collins, whom Forwood called the “primary actor”—acknowledged that the suspects had sex with the victim but said it was consensual.

Athens Power Rankings for the Week of Feb. 15