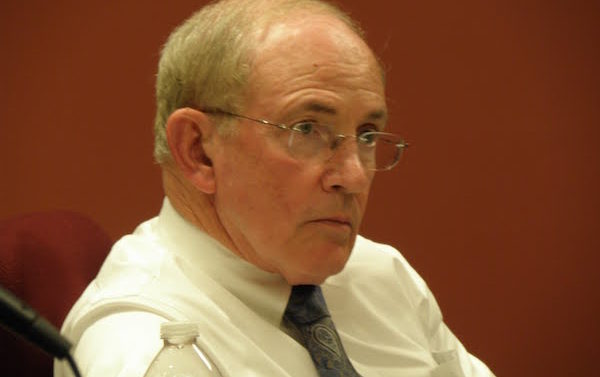 Oconee County Board of Commissioners Chairman Melvin Davis sent out an email message Wednesday afternoon saying that he plans to retire when his current term ends on Dec. 31 rather than seek reelection for what would be a fifth term.

Commissioner John Daniell told me in a telephone conversation that he will seek the chairmanship position.

Daniell’s decision means that in addition to the position of commission chairman, three commission posts will be up for election this year, since Daniell must resign his slot as soon as he files qualifying papers for the chairman position in early March.

Pat Hayes, chairwoman of the Oconee County Board of Elections and Registration, told me that she thinks she can hold the primary election for Daniell’s post on May 24, the same date as the primary for the other two open posts.

So far, Daniell is the only one who has expressed any interested in the chair’s position, though others might come forward—and Davis might reconsider—before the filing deadline at noon on Mar. 11.