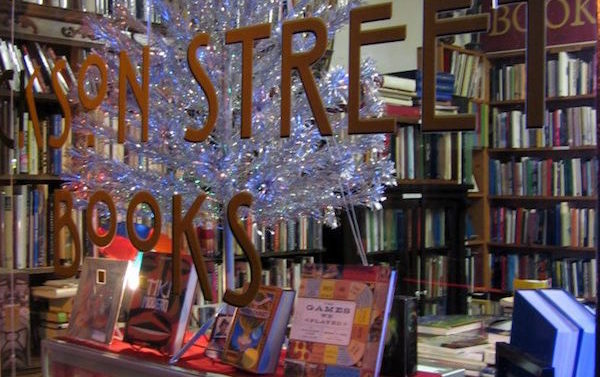 The downtown used book store Jackson Street Books has closed after more than 31 years in business.

Arnold cited several possible factors: the rise of e-books, competition from Amazon and what he called “disintegrating downtown conditions that drive away visitors.” He’s been a long-time critic of Athens-Clarke County government, complaining about panhandlers and overall griminess created by the bar scene.

“It’s difficult to gauge [the cause of declining business],” he said. “You don’t know what you can’t measure.”

The recent influx of students living in new developments downtown did little to help the bookstore, Arnold said, as few stopped in to browse.

In addition, he said his landlord is planning on putting the building up for sale soon, and although he did not anticipate an increase in rent, he did not want to inconvenience the new owner, nor did he want to move his inventory to another location, given the physical labor involved and uncertainty surrounding the store’s future.

Although Arnold has been planning to close for some time, the move could be seen as abrupt by the general public. The bookstore shared the image below on its Facebook page Sunday night.

Monday, the windows were papered over and the doors locked. Arnold sat inside working on plans to move his stock to a warehouse and continue his business selling high-end and collectible books to wholesalers.

He called the decision to close a positive one and said he looks forward to no longer having to fight to keep the storefront open.

“We appreciate the support we’ve had for the 32 years we’ve been here,” he said.

There are still at least two used bookstore in Athens: Walls of Books, which opened last year at 756 N. Chase St., and 2nd & Charles out on Atlanta Highway.