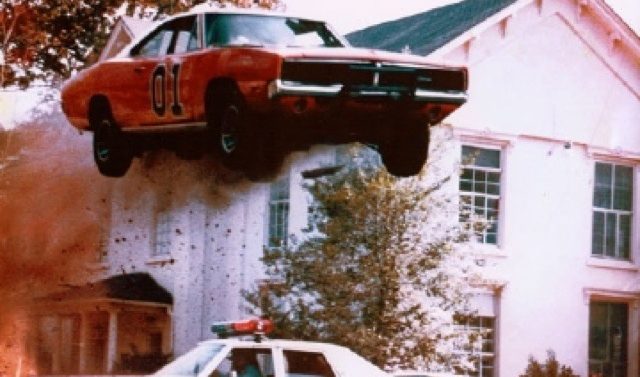 Imagine the General Lee was a scooter.
by Blake Aued November 3, 2015

Imagine the General Lee was a scooter.

Athens-Clarke County police officers said they followed the scooter on Barnett Shoals Road around 4 a.m. due to a recent rash of scooter thefts.

The driver turned onto Johnson Drive, and while traveling toward Lexington Road, he crossed the center line, according to police.

The officer activated his siren, but the driver did not stop. He drove through the stop sign at the Lexington Road intersection, drove west on Lexington Road and turned onto Old Winterville Road as he tried to elude police. The driver turned into a driveway on the 1400 block of East Broad Street and lost control of the scooter, according to police.

Police said their investigation revealed that the scooter had been reported stolen in Athens.

Coon, 26, of Colbert, was arrested and charged with theft by receiving, obstruction and traffic violations.