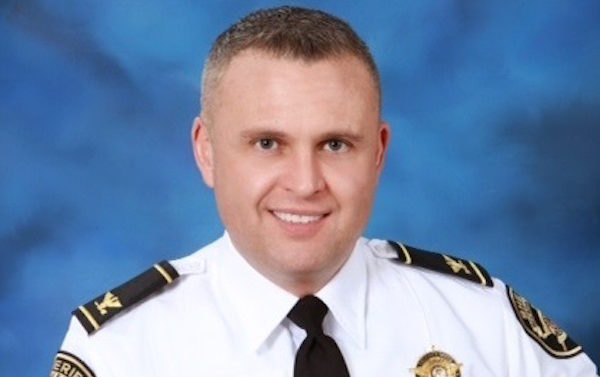 Freeman is a 25-year law enforcement veteran who currently serves as chief deputy for the Rockdale County Sheriff’s Office (a full-service department that, unlike Clarke County’s, handles patrols and criminal investigations as well as serving warrants, running the jail and courthouse security).

He started his career as a dispatcher with the Conyers Police Department in 1990 and was promoted to traffic enforcement, detective, patrol seargent, 911 communications commander, patrol captain and ultimately major in charge of all daily operations, according to ACC. He was named officer of the year in 1997 and won a medal of valor in 2011.

At CPD, Freeman developed a strategic plan, reorganized the department and bought new technology like crime-tracking software, dashboard cameras and laptops for patrol cars, resulting in a 20 percent drop in serious crimes (murder, rape, aggravated assault, theft and burglary) in 2014.

He has a bachelor’s degree from Mercer University, as well as a master’s and doctorate in public policy and administration from the online Walden University. In addition, he graduated from the FBI National Academy and has a criminal-justice certificate from the University of Virginia.

“I believe he is the right person at the right time to provide the kind of leadership the department needs to build upon its history of quality service to the community,” Reddish said in a news release. “He is highly motivated and very focused on building strong relationships in the community and assessing the department’s operational needs during his first few months in office.”

Freeman said he plans on moving to Athens within the next few months.