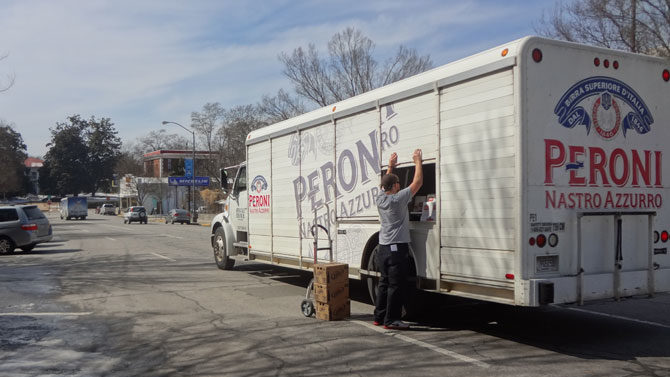 Delivery trucks are moving off of Clayton and onto the north/south streets instead, she said; “They are actually clearing out of Clayton, and so far it’s been good.” One recommendation of the master plan is to build a downtown truck delivery dock behind the Classic Center.

In a meeting observed by a number of historic preservation advocates, the committee continued to lay groundwork to implement recommendations of the master plan developed by University of Georgia  planning and design students and staff. The ADDA will seek legislative approval next year to extend its boundaries to include the same definition of downtown that is used by the master plan; that will mean taking in several hundred additional properties, Thompson said, and already the authority is notifying those property owners of its intention.  (For property owners, that will mean a small increase in property tax, but also access to loans and services that ADDA provides.)

The authority can also promote suitable infill development (such as on the large, undeveloped city-owned block in front of Indigo Hotel, where “we are open to any type of proposal except student housing,” Thompson said), in accordance with the master plan’s recommendations.

“What people consider downtown and walkable has grown, while our boundaries have not,” she said. Added Athens-Clarke County Commissioner Mike Hamby, who chairs the committee and serves on ADDA’s board, “We’ve got density of residential, but now we need to move towards people working downtown and offices downtown, so that also helps create the retail and grocery stores.”

The committee will meet again on Mar. 26. Its exciting subject: tax allocation districts.