Can People Carry Guns at UGA or Not? 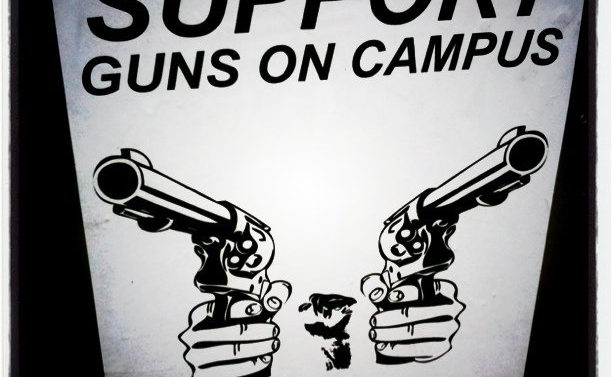 Even though Georgia’s new gun laws don’t explicitly allow firearms on college campuses, you might be able to carry heat at UGA as of July 1 anyway.

A debate is brewing over the (unintentional?) consequences of two laws the state legislature passed and Gov. Nathan Deal signed this spring.

House Bill 826 banned “zero tolerance” policies regarding weapons at schools. It struck language allowing permit holders to carry guns while picking up or dropping off students at school. Gun rights advocates say that means permit holders can carry anywhere in a school zone—including a university campus.

But HB 60—the “guns everywhere” law—includes the language struck by HB 826. Because HB 60 was signed later, it supersedes HB 826, according to the Deal Administration.

Confused? Me, too. Attorney General Sam Olens will offer an opinion, but the issue is likely to end up in court. (UPDATE: Yep, Olens says no to accidental campus carry.)

Hat tip to the AJC and Georgia Public Broadcasting.

Stream Another Track from k i d s’ New Album