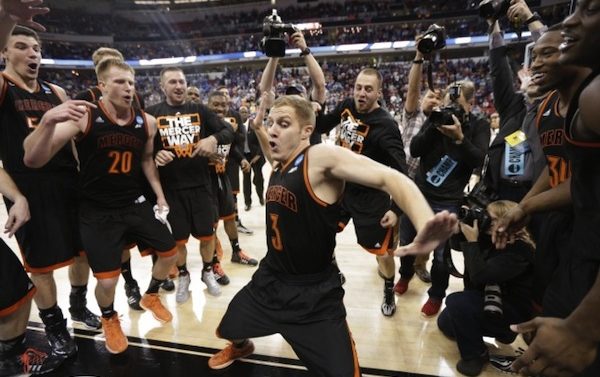 Flagpole readers generally tilt to the left, so many of you are facing a conundrum: You like Jason Carter, but can you really vote for a guy who went to Duke? Is Georgia ready, not for a Democrat, but a shorter Christian Laettner as governor?

We got a reminder of Sen. Carter’s unpopular (basketball-wise, at least) alma mater—in his defense, he did go to law school at UGA—when Gov. Nathan Deal, a Mercer University graduate, tweaked him on Twitter after the Bears upset the Blue Devils in the NCAA basketball tournament. Apparently Carter owes Deal’s staff some Fox Bros. barbecue.

As the underdog in the governor’s race, Carter is hoping to return the favor in November.

For the record, Music Editor Gabe Vodicka also picked Mercer over Duke in the Flagpole office pool, although he also had Oklahoma State in the Elite Eight and Creighton in the national title game, so his gloating was a bit premature: