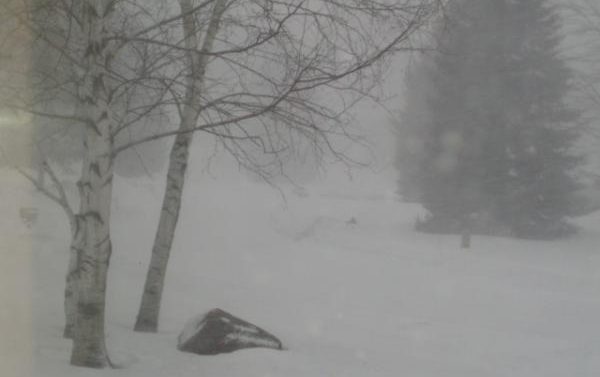 UPDATE 10: The University of Georgia will open at 11 a.m. Thursday for faculty, staff and students. The Clarke County School District will operate on a two-hour delay.

UPDATE 9: Police say that all primary roads are now clear, but they’re still urging drivers to be cautious. Secondary roads may still have patches of black ice.

UPDATE 7: Athens-Clarke County is reporting ice in the Chase Street/Loop area, on Hull Road and on Lexington Road near the Oglethorpe County line. Timothy Road is closed due to ice. Athens Transit is only running hourly; expect delays.

UPDATE 6: UGA will be closed Wednesday for faculty, staff and students, except for personnel previously designated to report during weather emergencies, according to spokeswoman Cynthia Hoke.

Gov. Nathan Deal has declared a state of emergency, and state offices will not open until noon. However, UGA has discretion on when to open, Deal spokesman Brian Robinson said. Still no word from the university.

UPDATE 4: UGA joins the party and will close today at 3:30 p.m. According to a college-wide email, “A decision regarding Wednesday operations for the Athens campus will be announced by 6:30 a.m. Wednesday through an ArchNews e-mail, the UGA home page www.uga.edu, and through local news media, per the UGA Inclement Weather Policy which may be found at http://uga.edu/weather_policy/.”

In higher education, Athens Tech will close at noon. As of now, UGA will remain open. (Party poopers.)

UPDATE 2: It now looks like we might get up to three inches of snow Tuesday. A final decision will be made tomorrow morning, but it is school officials’ “best guess” that Clarke County School District elementary school students will be sent home at 11:30 a.m., and middle and high schools will close at 12:30 p.m., CCSD spokeswoman Anisa Sullivan Jimenez said.

UPDATE: The Weather Channel now says there is an 80 percent chance of snow in Athens Tuesday. The National Weather Service pegs the chance of local precipitation at 90 percent with a high temperature of 29° F. IT IS DEFINITELY GOING TO SNOW IN ATHENS ON TUESDAY.

Temperatures will get up into the high 30s or low 40s on Wednesday and keep rising through Sunday, so it won’t stick long. No need to panic, although I’m sure all y’all will anyway.