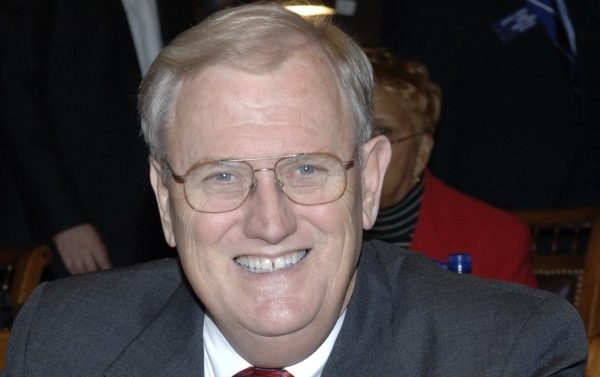 Ralph Hudgens, the Republican state insurance commissioner who says he’s doing everything in his power to obstruct Obamacare, has picked up a Democratic opponent.

Elizabeth “Liz” Johnson, a self-described 40-year veteran of the insurance industry from Statesboro, is running for Hudgens’ post regulating insurance in Georgia, including implementing the Affordable Care Act. Her announcement follows:

“The incumbent, Ralph Hudgens, has a long history of pursuing a misguided personal agenda rather than working to serve Georgia citizens. His narrow policies have hurt Georgia’s reputation nationally, and have hurt economic development at a time when Georgians are struggling to pay their bills. Some hospitals have been forced to close their doors, and others are on the verge of closing. Our citizens deserve better insurance protection than this. We must have a leader in this office,” said Johnson.

“Recently, Hudgens bragged about being an obstructionist as he tried to block affordable healthcare for thousands of Georgians. Last week, Hudgens made national news by claiming that pre-existing medical conditions are the patient’s own fault. This is not a view shared by the people of this state, and they deserve the best possible economic security for their families through their insurance,” said Johnson.

“I will work to protect Georgia citizens from fraud and I will spend every day making sure that Georgians are being treated fairly by insurance companies,” continued Johnson. “What I won’t do is make Georgians cringe by deliberately making outlandish comments that are laughed at throughout the nation, and I won’t hurt Georgia’s hospitals by playing petty politics with the lives of those citizens who deserve to be protected.”

In front of a Republican group in Evans earlier this month, Hudgens compared the ACA’s requirement that insurers cover pre-existing conditions to buying car insurance after a wreck that’s “your fault.”

As it turns out, Hudgens himself is a prostate cancer survivor, which, pre-ACA, would not be covered by private insurance if it ever returned. Luckily for him, as a state employee, he’s mooching off the government’s insurance plan.

Rashe’s Cuisine to Open on Tallassee in 2014