Rashe’s Cuisine to Open on Tallassee in 2014 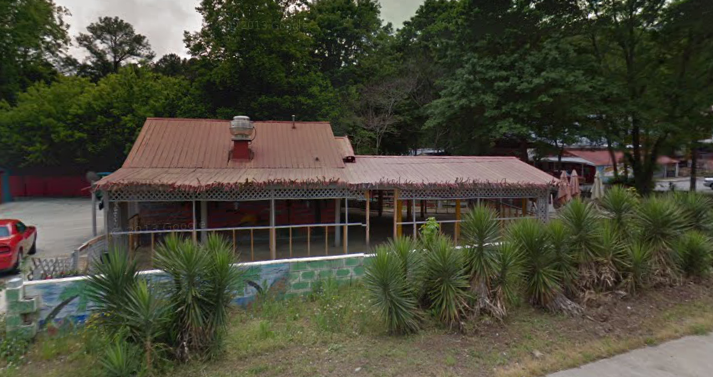 The always promising but also always problematic space at Tallassee and Mitchell Bridge still best known as the former Caliente Cab (Google Maps screenshot above) is about to get a new tenant. Rashe Malcolm, who has been running a personal chef service for a while, both in Athens and elsewhere, is opening up Rashe’s Cuisine, a Jamaican restaurant, in the new year.

In a phone conversation, Malcolm related her travels from St. Mary’s Hospital, where she worked in food service, to North Carolina, where she worked for Marriott, to a stint doing contract work for the EPA. When her contract was up, she decided to “take a leap of faith,” as she put it, and dive into the restaurant business.

Part of what attracted her to the location is the stage. Malcolm also has a musical background and used to rap, so she wants to bring music to that area of town and allow artists who may not be able to get a gig downtown to show their stuff. Don’t expect things to get wild, though. Malcolm isn’t doing even BYOB, and she wants to maintain a family atmosphere.

Food-wise, you can expect curry, lots of vegetables, grilled fish (the grill is in the works) and both vegetarian (Rastafarian) cuisine and stuff with meat in it. Malcolm is shooting for a Feb. 14 opening, with a DJ on hand. Finally, she wanted everyone to know that there’s no rivalry with Kelly (Kelbourne Codling) of Kelly’s Authentic Jamaican Food, who is an old friend of hers.