Athens Power Rankings for the Week of Oct. 7 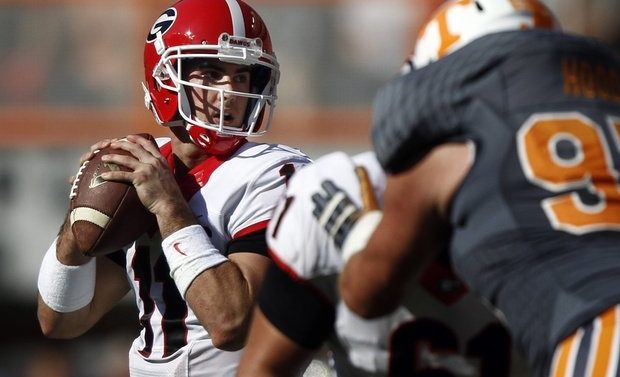 Welcome to Athens Power Rankings. In the spirit of sports rating systems, through painstaking analysis, we rank the top movers and shakers in the Classic City each week. Who’s hot? Who’s not? Find out below.

Broun and a few of his tea party buddies managed to thwart both Democrats and their more reasonable Republican colleagues and shut down the federal government, affecting millions’ of peoples lives and permanently damaging the GOP’s image. When 30 or so congressmen can impose their will on the other 400 (not to mention the Senate and the president) that’s power.

Marshall Morgan booted the game-winning field goal to beat Tennessee in overtime, but it was Murray—playing without the injured Justin Scott-Wesley, Keith Marshall, Todd Gurley, Malcolm Mitchell and Michael Bennett—who kept the Bulldogs in the game. Heck, even punter Collin Barber got a concussion. Players were going down faster than UGA mascots on Saturday.

Murray didn’t have a great game by his standards (19-for-35, 196 yards, three touchdowns), but he hardly had anyone to throw or hand off to. Plus, this:

If you want it done right, sometimes you gotta do it yourself.

When Gabe dug up a Belle and Sebastian video that was filmed in Athens in 1998, little did we know that it would kick off a flood of ’90s nostalgia. Every thirty-something in town got something in their eyes. Give us a minute. No, we don’t a tissue, we’re fine. It’s just… WE WERE ALL SO YOUNG.

The Watkinsville-based company’s proposal to convert Southern Mill, a crumbling former factory in Boulevard, into apartments and artist’s studios sailed through the Athens-Clarke County Planning Commission with support from most of the neighbors. See, the NIMBYs don’t oppose everything.

Normaltown was abuzz last week about the opening of Old Pal, Ray and McFerron’s new cocktail bar. It looks like Hi Lo, a bar/restaurant down the street run by local scene vets John Andrews and Katie Gasperec, is not too far behind.