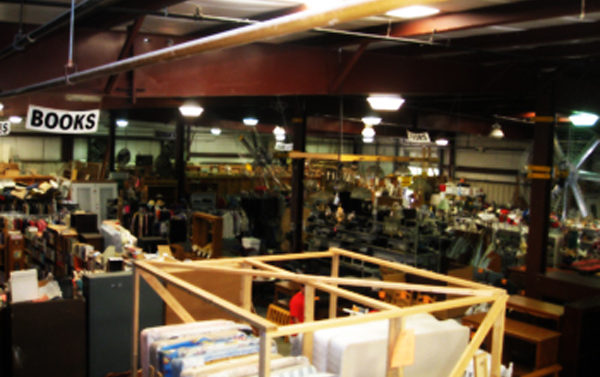 A new Habitat for Humanity ReStore is opening later this month on Atlanta Highway.

The new store will be at 4125 Atlanta Highway, a building between Commerce Boulevard and Athens Dodge Chrysler Jeep Ram formerly occupied by AT&T and Lowe’s. Starting Aug. 20 (Habitat’s 25th anniversary), it will open Tuesdays-Saturdays, 10 a.m.-6 p.m.

“We feel like Atlanta Highway is undergoing a great transformation with the revitalization efforts of that corridor, and we want to be a part of it,” Habitat Executive Director Spencer Frye said.

The ReStore on Barber Street will remain in operation.

Much like the existing ReStore, the new store will sell donated furniture, knick knacks, books, appliances, clothes and hardware. Vic Peel, owner of Vic’s Vintage on Broad Street, will manage it. (Clarification: Peel is turning that business over to his son and will not be buying goods from the ReStore for resale, according to Frye.)

“It will be a modernized store with a great product offering,” Peel said. “We’re working on putting in some awesome features, like a book nook with wireless Internet.”

Revenue from the ReStore funds Habitat programs like installing handicap ramps in local homes. It also diverts an estimated 240 tons of material a year from the Athens landfill, according to Habitat.

Rocket Salon Is Moving to Normaltown