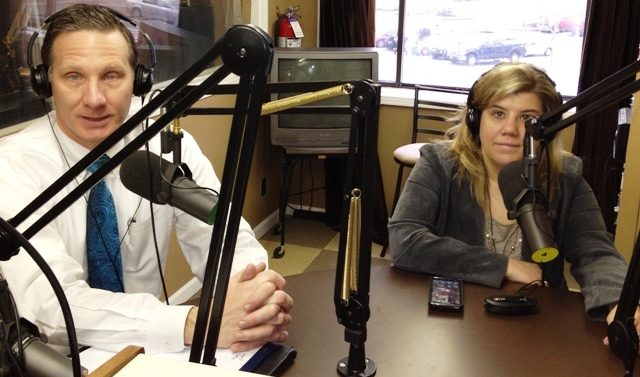 Shannon Logan is the “service excellence coordinator” (AKA assistant city manager) in Murfreesboro, TN. According to a press release from the ADDA:

A planner and paralegal with a master’s degree in public administration, Ms. Logan has more than 13 years of experience working to improve communities through planning and economic development.  During her time in Murfreesboro, she has shared responsibility for supervising more than 950 employees with the City Manager and Assistant City Manager, and has worked closely with the city’s downtown business leaders to manage growth and coordinate relationships with Middle Tennessee State University and its 23,000 students.  She has also helped lead the city’s employee training efforts and oversees all of the city’s capital projects. Additionally, she helped initiate and manage the city’s Gateway project, which generated millions of dollars of new investment for the community while adhering to high-quality design guidelines.

Previously, Ms. Logan held planning positions in Gallatin and Brentwood, Tenn.  She earned her undergraduate degree from the University of Kentucky in 1997, and her Master’s degree from Tennessee State University in 2004.

Just for kicks, here’s a video of Logan promoting a Murfreesboro citizens academy:

She worked closely with the county in its efforts to recruit Rolls-Royce and served as the county’s Public Information Officer and public relations liaison. Prior to her time in Prince George County, she was assistant county administrator and planning director for Lee County, Ga. She has also held senior positions in administration, economic development and planning in Powder Springs and Roswell, Ga.

Thompson is an Athens resident, holds an undergraduate degree from Mercer University (1997) and earned a Master’s Degree in Public Administration from Georgia Southern University (1998).  She holds an AICP (American Institute of Certified Planners) designation and has also graduated from the Georgia Academy for Economic Development.

The ADDA board was impressed with the two candidates’ backgrounds in planning and economic development—as Chairman Bill Overend put it, both “big D and little D development,” meaning someone who can attract big development projects and look at the big picture while also championing small businesses. “These two really stood out,” he said.

The board will make a final decision “sometime in June,” Overend said. Current director Kathryn Lookofsky’s contract expires at the end of next month; she and the board agreed not to extend it in February after clashing on issues like hiring the University of Georgia rather than a private firm to create a downtown master plan.

The public will get a chance to meet Thompson and Logan at a yet-to-be-scheduled social event before one of them is hired, Overend said.