Senators: Tennessee Is Stealing Our Water 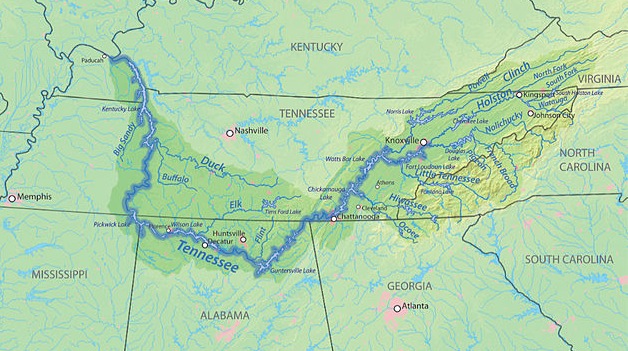 Tennessee and Georgia aren’t just rivals on the football field. They have a river than winds tantalizing close to the border of our thirsty state, and we want it.

The state Senate passed House Resolution 4 today seeking to change what Georgia officials call an erroneously-drawn border between the two states. Congress designated Tennessee’s Southern border as the 35th parallel when it entered the Union in 1796, but supposedly the surveyor sent to chart it in 1818 (using antiquated equipment) mistakenly drew the line a mile south of where it should have been, putting the Tennessee River out of Georgia’s reach.

“The Tennessee Valley Authority has identified the Tennessee River as a likely source of water for North Georgia,” said said Senate President Pro Tem David Shafer (R-Duluth), who added that 6 percent of its water originates in Georgia.  “Yet the State of Tennessee has used mismarked boundary lines to block our access to this important waterway.”

HR 4 includes an offer to settle the dispute by leaving the border alone, except for the Nickajack in Georgia’s northwest corner, where it would be moved north to the river, allowing Georgia to stick a straw in it. If that fails, the state attorney general would be authorized to sue to move the entire line.

Bill Cowsert (R-Athens) and Jeff Mullis (R-Chickamauga) were the only senators to vote against the resolution.

This is the second time the General Assembly has tried to redraw/correct the Georgia-Tennessee line. In the midst of a drought in 2008, the legislature passed a resolution setting up a border commission. There was even talk of paying for high-speed rail between Atlanta and Chattanooga in exchange for access to the river (which, given how much many legislators loathe mass transit, shows you how desperate they were).

SXSW in Photos: The Zombies, A Place To Bury Strangers, The Thermals, The Soft Moon, Paws and More