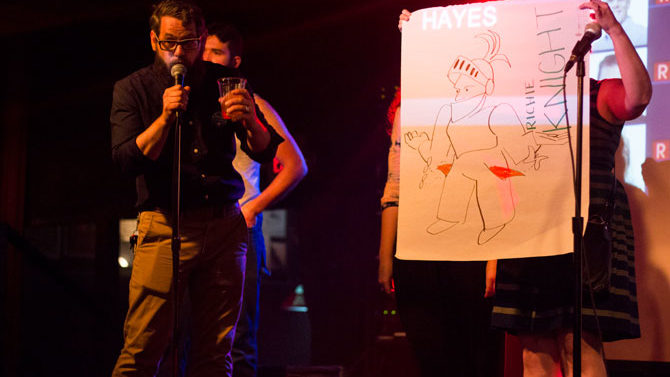 Something’s happening in Athens. It’s been growing for years, and it showed its breadth in the transformative sweep of the May 22 election. A politics explicitly committed to transforming systemic injustices dislodged a political culture of do-nothing-ism.

This wasn’t a “blue wave” where we settled for any Democrat in place of unfathomably regressive Republicans. In fact, in six of seven mayor and commission races, a transformative candidate defeated another Democrat. This is a sign that substance matters, and voters will show up when there’s something worth voting for.

If Democrats are to win power in Georgia, and if they’re to make that power worth something, they need to offer more than simply being better than the Republicans. Poll after poll shows that most people feel like neither party really cares about the struggles of ordinary people. But our local candidates showed the way forward. They weren’t afraid to say they’re on the side of the many, not the few, and they backed it up with real proposals for expanded public services, criminal justice reform and more. They showed what’s true across the state: There are more votes to win by increasing turnout than by chasing the few swing voters that Democrats too often use as the excuse for their vacuous politics and submission to an unjust status quo.

Democrats can’t be afraid to say that our system is rigged against ordinary folks, because it is. Saying so meets voters where they’re at, including many Trump voters. Fighting to change it is what can make politics worth engaging with. Of course, we have to couple that broad, accurate message with specific proposals that will improve people’s lives.

At the state level, that means legalizing marijuana and ending money bail to start undoing the system of mass incarceration that’s devastating black and low-wealth communities. It means not only expanding Medicaid, but fighting for Medicare for all to make the right to health care a reality. It means supporting a $15 minimum wage, paid leave and collective bargaining, so that workers in Athens and beyond can actually thrive, not just scrape by while their labor makes others rich. It means independent redistricting, campaign finance reform and automatic voter registration to expand democracy instead of continuing to concentrate power in corporations and the wealthy.

Every one of these practical changes would improve the lives of most Georgians, especially black people, trans and non-binary folks, and other especially vulnerable communities. We must also seek particularized solutions like government contracting that reaches black communities, driver’s licenses for undocumented Georgians and comprehensive civil rights legislation.

This is the kind of politics that can show what’s really at stake in political struggle: our lives and our livelihoods, not just which team gets to hoist their banner after the election; a politics that gives people a reason to participate is the path to victory.

Much more importantly, it’s the path to making that victory worth a damn. When you campaign on transformation and you win, you get to actually change things, which is the point of politics in the first place.

Our local election showed that a bold politics of real ideas works, and the new mayor and commission are going to make real, substantive changes. But the power of local government has its limits, and Athenians need transformative politics at higher levels, as well.

It happened here sooner because organizations like the Athens Anti-Discrimination Movement, Dignidad Inmigrante and Athens for Everyone are helping to advance transformative ideas in a way that can serve as a model for the entire state. People know our political and economic system is built for the interests of a few, and only a politics that takes it head-on can win people’s trust and change that system.

That antagonism between the few on top and the rest of us already exists, but it remains invisible as long as our politics ignore it. It’s buried in the stress of the electricity bill pinned to the fridge, the tossing and turning in bed while we decide whether to take the hit by going to the dentist, and the car ride to our second job when we’d rather be home with our kids.

In Athens, we’re showing the way, as social movements and bold campaigns redefine what is possible. If Democrats in Georgia pay attention, this won’t stop here. We will change the politics of this state and transform our lives, together.

Lassila is the organization coordinator for Athens For Everyone.