Burn the Gold: Democrats Must Reject Republicans’ Worship of Wealth 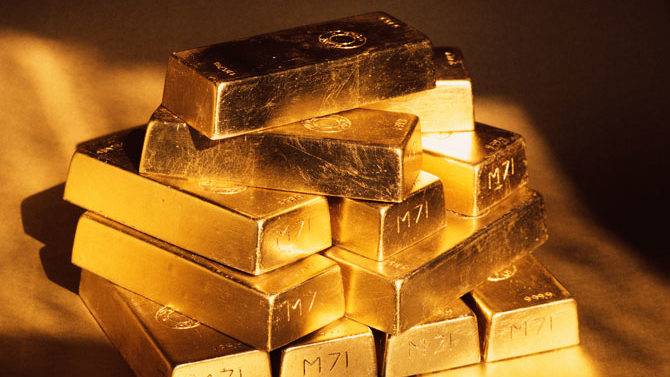 So a rich man has been elected president. What else is new? One more president, one more rich guy.

But most of the wealthy have the sense not to flaunt it, not to hold it up as the mark of their qualifications, as the evidence of their acumen. Most hold themselves out to be much more than the money they inherited and the profits they collected. At least as a matter of appearances, this is a difference. But it is more than that.

It is more than that because Trump does not merely measure himself by the gold. He thinks he is the gold. He builds temples of gold around the world in honor of himself. These are not temples of gold built to honor God. These temples do not evoke a higher being, before whom the individual might be humbled. Trump’s golden temples are built to worship Trump, a Midas of the modern world.

The responsibility for Midas’ election, however, does not belong to Midas. It belongs to the Republican Party. Trump could only have been elected as a Republican because, in addition to the independent and crossover voters, he needed the votes of mainstream Republicans. By and large, he got them. This fact is being lost in the face of Trump’s successful courting of America’s passionate discriminations. The hate-mongering is a show, a diversion. Like all effective diversions, it must be taken seriously. But if you strip out the diversion of divisiveness, for a moment, you see the real game. The real game is the gold.

Trump—businessman, captain of industry—won the traditional Republican vote because he embodies the foundational economic theory that is the breastbone of the modern Republican party. For Republicans, the mark of riches is the mark of free market success. Trump, therefore, is a man to emulate, a model for performance in the market of the world. For the mainstream Republican Party covets gold. Faith in wealth is its core message. The Republican Party’s most unshakeable political correctness is that the free market is the right market, the accumulation of wealth is the end game, and those who are wealthy are simply those who have played the game well. They are the deserving rich.

Their America is a land where private profit should govern public policy, where personal profit should drive the distribution of resources. That wage earners—those who punch a clock, work for an hourly wage, don’t get paid if they don’t show up and have not won the game—voted for Trump was news precisely because wage earners are not the traditional Republican Party.

However, if at bottom the Republican message is “Lust for Gold,” its counter is equally simple: “Burn the Gold.” America is not about the accumulation of wealth and sparkling treasure. It is not about the glam. The Golden Temple is not the White House. The Golden Temples are, emphatically, the wrong God to worship. At heart, the average American knows this. The working-class American knows it. The middle-class American knows it. Americans of every race, creed and gender identity know it.

Of course, it might sound incomprehensible, senseless and wacko. Why would anyone burn gold?

This is the message Democrats need to understand. They are on the verge of losing the common man and woman. One hopes the Democratic Party still wishes to represent the average American, from sea to shining sea, from amber waves of grain to purple mountain majesties. And if it wishes to stand for the outsider and the insider, the farmer and the grocer, the teacher and the cook, the mechanic and the truck driver, the lawyer and the lawyer’s client, the doctor and the doctor’s patient, the adults and the children, they need to embrace the truth that, for all the fun that showering in gold might seem, greed for gold should not define America. To burn the gold is to burn the greed.