Why Athens Needs Its Own Far-Reaching Anti-Discrimination Law 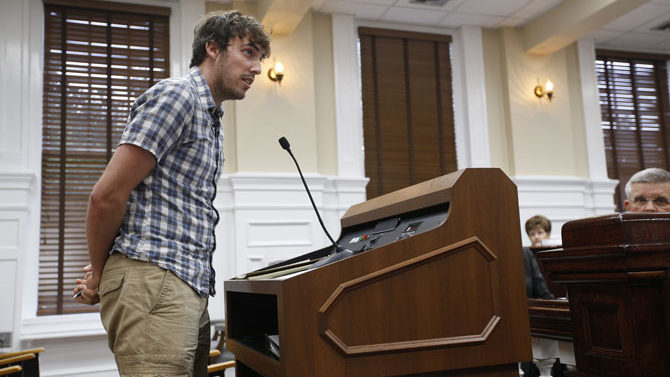 In 1964, the federal government passed the Civil Rights Act, a landmark bill that laid the foundation for protections against discrimination on the basis of race, color, religion, sex or national origin. In the years since, additional legislation and the establishment of the federal Civil Rights Commission have made strides in desegregating schools, providing basic protections for workers and ensuring people have equal access to facilities that serve the general public. The latter, be they businesses, nonprofits or government entities, are referred to as “public accommodations.”

The Civil Rights Act and Commission are limited in whom they protect and how, so many state and local governments have responded to these shortcomings by enacting laws and establishing commissions of their own. Typically known as anti- or non-discrimination legislation, 22 states have made such progress, focusing especially on banning discrimination based on sexual orientation and gender identity. Georgia is not among them. Hundreds of cities have passed similar legislation on the municipal level, as well as so-called “welcoming city” ordinances to support immigrant populations. Athens has yet to join the list.

Late last year, the old pain of racism reared its ugly head and social media quickly blew up as General Beauregard’s was exposed serving a watermelon-based “N*****ita” shot, provoking national outrage and surprising no one of color in Athens. Around the same time, the UGA Student Government Association (SGA) submitted a report to the Athens-Clarke County Mayor and Commission based on a survey of students regarding discrimination, specifically at downtown bars. As the community began to organize against discrimination, the ACC Commission adopted a resolution to address the complaints cited in the SGA study. The resolution focused specifically on patrons of bars, apropos of the SGA study, which focused solely on the experiences of students at bars.

Shortly thereafter, more than 400 Athenians marched through downtown in blistering cold, their chants echoing down Clayton Street: “Hey! Hey! Ho! Ho! Racist bars have got to go!” and “Shut them down!” When the march arrived at City Hall, an array of speakers elaborated on the dismal situation for Athenians of color, immigrants and LGBTQ individuals. While student bars downtown are routinely accused of absurd and inconsistent dress-code policies or phony private events, problems accessing public accommodations permeate myriad businesses countywide, and discriminatory behavior deeply affects all minority residents, not just students. No one needed another study to know these problems run deep and go back generations.

Demonstrators demanded an anti-discrimination ordinance, which would be legally binding, whereas resolutions are merely a formal expression of an opinion. They also emphasized the need to address all arenas of life, as the Civil Rights Act does, not just access to public accommodations or, more narrowly, bars. Additionally, the people gathered demanded the creation of an Athens Civil Rights Committee (referred to earlier on and elsewhere as a “Human Relations Commission”). Such a body, they argued, must reflect the diversity of the community in a way our institutions and elected bodies do not, and is crucial to making the whole endeavor truly effective.

Spring came and went. Summer sun began baking the clay. During this time, members of the Athens Anti-Discrimination Movement and Athens for Everyone continued to research and organize with residents, pressed the issue at public meetings and, in early July, held another demonstration. More than 400 people gathered again, this time in sweltering heat, to affirm that Black Lives Matter, condemn violence and reiterate the call for meaningful action from local officials against discrimination. While the ordinance everyone’s been asking for was being drafted, county officials would not meet with community leaders to discuss what it might look like. There was no reason for public input, officials said, because there was nothing yet to discuss.

County Attorney Bill Berryman presented a draft of an ordinance to the Government Operations Committee, a working body comprised of half the commission, who approved it essentially as-is in the same meeting—a meeting with no opportunity for public input that nonetheless drew an unusually large turnout of around 75 people. The proposed ordinance provides mechanisms for holding bars accountable through liquor licensing and focuses on curbing discriminatory practices at the front door. It also bans discrimination on the basis of sexual orientation, gender identity, citizenship, age, disability or pregnancy, in addition to the five characteristics covered by the Civil Rights Act.

Extensive deliberation unfolded about where signs should be placed to display dress-code policies, yet very little time was spent debating the addition of further protections or whether to establish a civil rights committee. Everything proposed remains limited to bars holding a class D, E or F alcohol license. It does not apply to restaurants, even those that serve alcohol, nor any other public accommodations, and it fails to address matters of employment or housing in any way. The proposal heretofore known as an “anti-discrimination ordinance” is actually a “bar-admittance ordinance,” by no means comprehensive in its reckoning of discrimination.

After the meeting, as before, commissioners’ engagement with community organizers remained sparse throughout July and August. Last week, the proposed ordinance made its way to the full commission at its agenda-setting meeting, where concerned citizens again filled the chambers. Members of AADM and A4E submitted model language for establishing an ACRC, based on extensive research of hundreds of localities across the country with similar committees and non-discrimination ordinances. 20 people spoke against passage of the ordinance unless it is expanded in its scope and an Athens Civil Rights Committee is established. Yet discussion behind the rail indicated scant support for an ACRC, and essentially no time was spent deliberating expansion of the non-discrimination ordinance language.

The commission will vote on the proposed bar-admittance ordinance at its monthly voting meeting on Sept. 6. Until then, the people of Athens will continue to fight for stronger and broader protections and an Athens Civil Rights Committee. With such things, Athens could be a beacon of hope and equality in the South. Without the ACRC or those expansions, we may see a change in how bars (ab)use dress codes, but little else will change. The county attorney’s office will be solely responsible for handling complaints without any oversight in the process. Residents will have a difficult time understanding what their rights are or navigating resources at their disposal to address a grievance. The county will remain disconnected from its minority populations without the research, communication or evaluative feedback necessary to address these systemic problems challenging our community.

Gauging the nature or scope of discrimination in Athens, developing a means for combating it or assessing progress will not be possible without an ACRC. And without broader protections, a worker may still be able to be fired for getting pregnant and have no legal recourse. A trans woman may still be denied service in a clothing store because of her gender, and it will be perfectly legal. A same-sex couple may still be denied housing because the landlord hates gay people, and they won’t be able to do a thing about it.