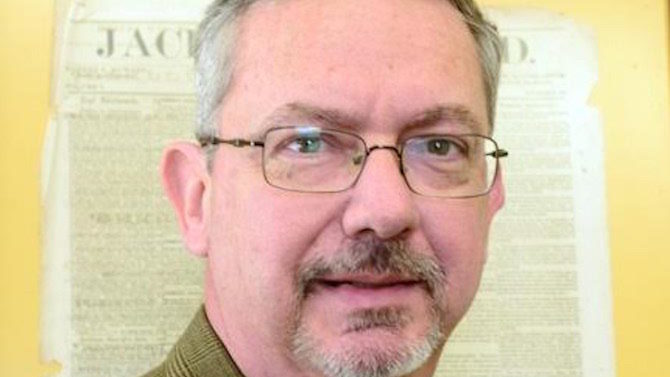 I’m growing marijuana. I have a flowerpot in my house sitting under a purple grow light with marijuana in it. And it’s illegal.

So why is a middle-aged, small town newspaper publisher growing marijuana? And why am I writing about that if it’s illegal? The answer to that is found at the intersection of three things: the medical history of marijuana, my son’s seizure condition and state and federal politics.

Marijuana has a 3,000-year-old history as a medicinal plant. By 1850, the use of cannabis extracts for medical conditions was widespread in the U.S. But cannabis got caught up in the prohibition movement of the early 1900s. Although the prohibition of alcohol was eventually repealed, the federal government continued its campaign against marijuana.

In 1970, the federal government classified marijuana as a Schedule I drug, meaning that it is highly addictive and has no medical value. Marijuana is listed along with heroin, LSD, ecstasy and other drugs under Schedule 1. Many believe this was done as a political backlash to that era’s counterculture “hippie” movement, which had embraced the recreational use of marijuana.

The unintended consequence of the war on drugs was two-fold: First, it revolutionized marijuana growing into an indoor industrial production process, and second, it created unique hybrids, some of which have interesting medical value.

The second thread of my journey into becoming a part-time pot grower is due to my son’s epilepsy. Clark had his first seizure when he was 6 years old. His seizures come from the left hemisphere of his brain, which didn’t form correctly. On an MRI, his left frontal lobe looks like Swiss cheese.

In an effort to stop his seizures, he has tried every medication available. He has had two brain surgeries to remove damaged brain tissue. Neither surgery was successful, and the second one created a language deficit that took him months to overcome. At one point, doctors even considered a radical procedure to remove the entire left hemisphere of Clark’s brain in an effort to stop his seizures.

In addition to medications and surgery, he also has an implanted stimulator that cycles on and off to send an electrical impulse into his brain. He has tried various diets. Nothing has worked.

Unfortunately, Clark’s seizures tend to become status, meaning they won’t stop on their own. An uncontrolled seizure is often deadly. Fortunately, we have an emergency injection that helps most of the time. Essentially, it is liquid Valium that is injected rectally and immediately absorbed into the blood system. Most of the time, 20 milligrams of Valium stops his seizures before they become life-threatening. But not always. On a number of occasions, I’ve had to take him to an emergency room to get stronger IV drugs. A few times, doctors have had to put him in ICU and give him even more powerful drugs to stop an uncontrolled seizure.

Another consequence of his seizures is that sometimes Clark stops breathing. Dozens of times, I’ve had to do CPR to keep him alive until the seizure abates and he is able to breathe on his own.

Today Clark is a 6-foot, 235-pound 21-year-old adult. He can’t drive. He had to drop out of high school. He often has to sleep three or four hours during the middle of the day due to the sedative effects of all his medications. He has to be monitored 24/7 in case he has a seizure.

When he does have a seizure, it invades both his dignity and privacy to have to pull down his pants, sometimes in public, to administer the only drug available that will stop his seizures. So I’m interested in any compound that might help control his seizures.

Which brings me to the third thread in my quest to grow a pot plant—politics. Last year, the Georgia legislature passed a bill that allowed—with certain restrictions—Georgians to possess up to 20 ounces of marijuana cannabis oil for a list of approved medical conditions. That list includes seizures. The problem is that while Georgians can have the oil, it can’t be grown and manufactured in the state. And to buy it out-of-state and bring it across state lines is still illegal. Rep. Allen Peake of Macon is trying to correct that now. House Bill 722 would allow up to six state-regulated companies to manufacture cannabis oil in Georgia.

Some have argued that cannabis oil can be ordered online, so it’s not necessary to manufacture it here. But ordering cannabis oil off the Internet is like buying snake oil. You don’t know what the quality or consistency really is. As with any drug, quality control is critical.

And there are some voices against the idea. The state sheriff’s association and prosecuting attorneys’ council are lobbying against in-state cannabis production. That has spooked some state senators and Gov. Nathan Deal, who’ve voiced opposition to the plan.

As far as I’m concerned, the state’s sheriffs have no standing in the matter. Doctors don’t lobby the legislature about law enforcement concerns, and the state’s sheriffs should not be lobbying about medical concerns. Nobody has ever overdosed on marijuana, and there is no public safety issue at stake here.

All of that brings me to my marijuana plant. Marijuana is a weed, and it’s rather ugly—but in one of God’s more sublime jokes, it’s filled with molecules that could help hundreds of thousands of people who suffer from fragile medical conditions. So I’m growing marijuana as a political statement aimed at hypocritical state leaders who tout a desire to propagate a biomedical industry in Georgia, but who today cower at the idea of allowing the cultivation of a biomedical plant. I’m growing marijuana as an act of civil disobedience against existing laws to bring attention to the absurdity of having marijuana classified as a Schedule 1 drug like heroin or LSD. I’m growing it as ridicule aimed at our state’s law enforcement community who, left to their own narrow prejudice, would deny medical help to hundreds of thousands of critically ill Georgians. But mostly, I’m growing it as a sign of hope—hope for my son whose courage in the face of a life-threatening disease makes a mockery of the irrational fears that surround an ugly plant we call marijuana.

Sick Georgians are already buying cannabis oil on the black market, and they will continue to buy bootleg oil if our state’s leaders don’t make it available legally. That makes criminals out of a lot of sick people in our state who need help, not condemnation. It’s time Georgia’s leaders do the right thing.

Buffington is co-publisher of MainStreet Newspapers, a group of weekly newspapers in northeast Georgia based in Jefferson.