Chill Out About ISIS 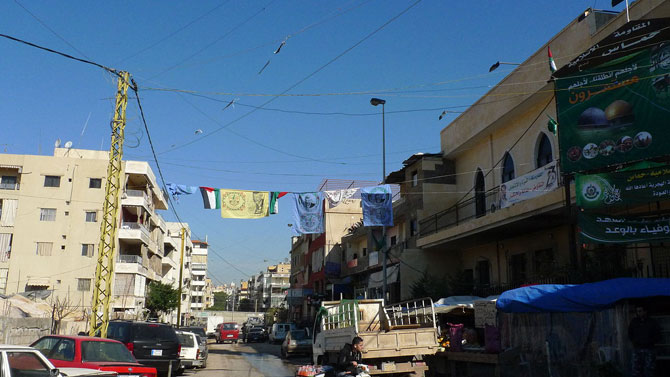 In trying to determine what ISIS is, it’s probably best to start with what it isn’t. So, at the outset it needs to be said that ISIS is not really a threat to your safety.

If we rely on reason and not the feelings of terror that ISIS wants, we understand that the actual threat horizon is minimal. The number of ISIS fighters—separated from Athens by about 6,500 miles and America’s decent-sized moat (the Atlantic and Pacific oceans)—would not fill Sanford Stadium and would likely leave more than half of the seats empty. The last CIA estimate, in fact, places the number a little over 30,000, at most, and they’re being killed at around 1,000 per month, eliminating any net growth coming from new enlistments. As airstrikes took their toll, ISIS only recently called an audible to attack outside its territory rather than continue focusing on caliphate-building. U.S. security is also tighter than it was pre-9/11.

However, ISIS, Republican presidential candidates and the bulk of the news media do not benefit from you keeping that perspective. Terrorism only works, of course, when people are terrified, and an attack on cosmopolitan Paris has a strategic value. An ISIS attack on Beirut the day before that killed 43 people garnered comparatively little news in the U.S. But if it happened in Paris, we think, it could happen anywhere. We lose sight of the actual, statistical likelihood of endangerment and imagine the group having vastly more power and reach than it does.

That is due in no small part to the fact that the self-interest of many politicians and much of the corporate news media ends up perversely aligning with that of ISIS. No politician wants to assist ISIS, of course, and the folks at CNN probably feel like wall-to-wall Paris coverage is Reporting the News, but to the extent that it increases terror, it furthers the goal of the terrorists. A small terror army that can’t win in terms of body counts must fight on the terrain of emotion. If people perfectly safe in Paris, TX are unduly terrified by what happened in Paris, France, then ISIS’s attack was a success almost beyond measure.

So, part of our strategy is simple: Don’t let them scare you unnecessarily. In a terror war of this sort, imagining them to be bigger than they are almost literally makes them bigger than they are. Their weapon is terror, and to give into it is to emotionally fund their arsenal.

But the actual material means of defeating ISIS are far more complicated. To start, it’s our “friends” in the region that are central to the problem. Our Sunni allies in the Persian Gulf—Saudi Arabia, Qatar, Kuwait and the United Arab Emirates—are the principal source of funds for ISIS and other violent Sunni groups. Donors just in tiny Kuwait, smaller than metro Atlanta, have sent hundreds of millions of dollars to groups like ISIS and al Qaeda. “[D]onors in Saudi Arabia constitute the most significant source of funding to Sunni terrorist groups worldwide,” wrote then-Secretary of State Hillary Clinton in a 2009 State Department memo revealed by Wikileaks. But we’re obliged to give the Gulf State regimes leeway to maintain medieval, terror-sponsoring societies in order to keep the oil flowing generously. Barring a sudden 100 percent conversion to renewable energy, this dynamic is unlikely to change.

The tangle of our geostrategic relationships outside of the Saudi peninsula only compounds matters. The Israeli government and its friends in Congress make cooperation with the natural enemy of ISIS, Shiite Iran, exceedingly difficult. Nor are the Saudis friends with Iran, with both powers vying for regional hegemony. Even ally Turkey, long thought to be the model for a modern democracy in the region and the only non-European member of NATO, is seen to be departing from the Western sphere and moving closer to its Sunni allies under President ErdoÄŸan. Turkey is also in a low-grade war with Kurdish separatists, the most reliably successful anti-ISIS fighters we’ve got on the ground.

So, nothing is getting better anytime soon. But don’t believe the hype that a legion of black-clad ISIS fighters are hiding in every shadow and underneath your bed. You’re much more likely to be killed by a garden-variety idiot with a gun he shouldn’t have. America sees one mass shooting a day, on average. Which doesn’t mean no ISIS danger exists, but surrendering reason in a fight like this is just that: surrendering.