The Oconee River is found within the Altamaha Watershed, which is approximately 14,000 square miles. The headwaters of the Altamaha River are found near Atlanta and Athens and its terminus at the Atlantic Ocean. Everything that happens upriver influences the quality of water downriver. While sometimes pollution is obvious by sight, smell or fish kills, sometimes it might not be so obvious. Smaller pollution issues from stormwater runoff or irresponsible development may not seem egregious in a localized situation, but death by a thousand cuts is still death. 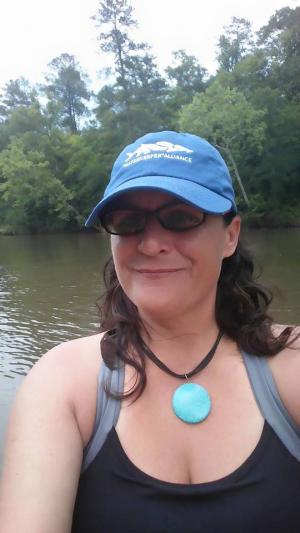 Buffers are the area of land that exists between waterways and land use. The idea of protected buffers has been a hot topic in the last year. Salt-marsh buffers statewide were protected legislatively. The Georgia Supreme Court ruled that, under the Erosion and Sedimentation Act, only state waters that have “wrested vegetation” along the banks are protected. Wrested vegetation is plant material that has been torn from the banks due to high velocity water. This is nearly non-existent in Georgia, except in the mountains.

Athens-Clarke County has been a leader in Georgia with sound environmental policies such as a protective stream buffer ordinance. ACC seemingly understood the importance of protecting buffers—protection of the river from pollution, protection of property during floods and storms, protection of important riparian habitat for our wild friends, as well as the protection of our right to have swimmable, fishable and drinkable water. The waters of the Oconee, its tributaries and wetlands legally belong to us, the public, and it seemed like ACC understood and valued the importance of our right to clean water.

Approximately five months ago, Mayor Nancy Denson appointed a committee to discuss the potential expansion of Athens’ local riparian buffer ordinances. Currently, streams have 75-foot buffers and rivers 100-foot buffers. The proposed expansion focused on extending buffers on wetlands and lakes from 25 feet to 75 feet. That would create protection for an additional 224 acres of wetlands and approximately 500 acres of lakes. Wetlands are the kidneys of rivers, filtering out all the bad stuff, sequestering or processing it so that we don’t have to deal with it in our rivers. Lakes store harmful pollutants and nutrients and can be vulnerable to stormwater runoff. Buffer zones are crucial to ensuring wetlands function at their highest capacity and keeping nutrients out of lakes. So, applause to Athens-Clarke County—or so we thought.

Now it looks like things are getting a little murky for the county. Commissioner Kelly Girtz led the committee with the goal of reaching acceptable compromises between environmental protection and economic development. Girtz’s proposal had many concessions and exemptions for industry and landowners, such as existing development being grandfathered in. Despite his leadership and a flexible proposal, the committee seemed to have made its decision before walking to the first meeting. Stacked with appointed representatives from industry and development and only one environmentally-savvy representative, neither the benefit to the environment nor the community seems to be considered.

Athens has received accolades for being a business-friendly community, and being the state leader in buffer protection has only increased the city’s reputation of being environmentally conscious. This combination is proof that protecting the environment is good for communities, businesses and economic growth. Yet the mayor-appointed committee’s vote not to support increased buffer protection for wetlands and lakes shows that, for ACC, industry and development are more important than land, water and community health.

Local water management is of serious consequence when it comes to our drinking water and the water our children play in. This move towards acceptance of a slow and painful death of our waterways is particularly unacceptable for Athens, which has long been the leader in Georgia on protection of our streams and rivers. While the committee could have proposed an amendment to make all waters in Athens safe for citizens to swim and fish, instead they chose to be a follower, following the state’s decision to only protect waters that have wrested vegetation, something you will find little of in wetlands, lakes or rivers in Georgia.

So, what can you do? Your voice matters! We need you to come and ask the Athens-Clarke County Planning Commission to reject the committee’s recommendations on Thursday, July 2 at 7 p.m. at 120 W. Dougherty St. No long public speeches, no awkward moments trying to understand all the nuances of buffers, just a simple request to keep Athens-Clarke County a leader in Georgia. Protect our wetlands and lakes!

Jen Hilburn is the Altamaha Riverkeeper, based in Macon. Comment is an occasional opinion column on local issues. Send your Comment to news@flagpole.com.