We Can Work Together to Make Prince Avenue Safer 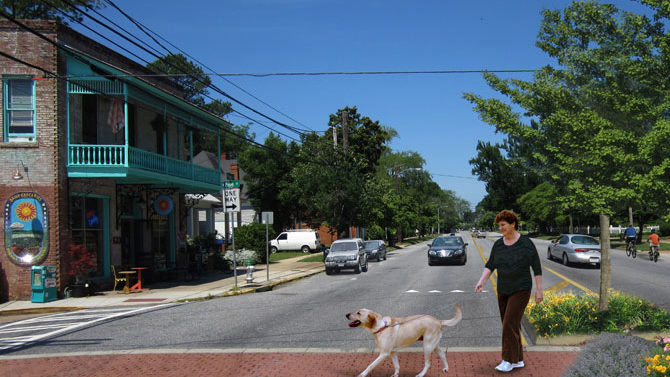 One of the few things most Athenians can agree on is that Prince Avenue is one of the most iconic gateways into Athens. Most Athenians also recognize that Prince Avenue serves as an integral part of daily life for a diverse constituency. And most would agree that we’ve been talking for well over a decade about proactive planning that will balance the wide-ranging and sometimes competing needs of those who depend on Prince Avenue for their livelihood, transportation and quality of life.

I’ve lived along the Prince corridor for more than 25 years, but I became engaged in earnest as co-chairman of the Community Approach to Planning Prince Avenue (CAPPA) in 2004. Our goal was to illustrate what the public told us they wanted to see happen along the Prince corridor with regard to historic preservation, development and transportation. Our most important accomplishment was the Athens-Clarke County Mayor and Commission’s formal adoption of the Prince Avenue Corridor Study, which contained many CAPPA recommendations.

CAPPA, the Prince Avenue Corridor Study and ACC’s recently adopted Complete Streets policy provide the blueprint for innovative and positive steps for planning Prince Avenue. CAPPA’s privately funded successes pale in comparison to what we could accomplish with publicly driven initiatives aimed at improving the safety and comfort of the corridor’s diverse users. We have the tools—Prince Avenue deserves the effort.

Complete Streets: Prince Avenue is proposed as a temporary, low-cost demonstration project designed to illustrate how Prince Avenue may better serve all stakeholders while improving pedestrian safety. According to data compiled by the Traffic Safety Research and Evaluation Group at the University of Georgia, in the 10-year study period from 2003–2012, pedestrian crashes on Prince from 2008–2012 were up 160 percent. Anecdotal evidence of harrowing crosswalk experiences supports the perceived lack of pedestrian safety.

Complete Streets: Prince Avenue has been designed with guidance from ACC Transportation and Public Works Director David Clark. During a two-week trial period, Prince Avenue, from Milledge Avenue to Pulaski Street, would be converted into two travel lanes with a center turn lane, a modification that will support temporary pedestrian islands for the three mid-block crosswalks at Piedmont College, Pope Street (near Daily Groceries) and Newton Street (near The Grit). The goal is to provide a community-driven opportunity to experience what the ACC Complete Street policy could look and feel like for all users of Prince Avenue while collecting real-time traffic data to support fact-based decision making in future planning decisions.

The project is proposed for mid-April to capture traffic data while area schools are in session. Boulevard and Hill Street would be included in data collection and traffic analysis. ACC Transportation and Public Works would be responsible for lane reconfiguration to ensure adequate access for emergency vehicles and safe left turns. Volunteers would handle crosswalk island construction with material costs covered by private donations. All existing parking along Prince would be maintained. Complete Streets: Prince Avenue will require commission approval. The mayor and commission will hold a formal input process at a time and location to be determined.

With the success of pedestrian-oriented businesses and institutions such as Avid Bookshop, Daily Groceries, The Grit, Taqueria del Sol, the Bottleworks, Piedmont College, Emmanuel Episcopal Day School and our neighborhood school, Chase Street Elementary, the existing Prince Avenue mid-block crossings are necessary for established pedestrian patterns. Yet they remain critically unsafe due to the existing four-lane configuration, motorists’ frequent disregard for state law concerning pedestrian right of way and the excessive speed of many drivers. Furthermore, the addition of student housing and classes at the Health Sciences Campus, the increase in locally owned small businesses and frequent bus service provided by UGA Campus Transit all point to an extension of these successes, with the attendant safety issues, to Normaltown.

The existing businesses and institutions serving Prince Avenue, together with the adjacent neighborhoods and schools, provide the critical elements we need to achieve what we say we want—a vibrant, walkable, business-friendly community. Complete Streets: Prince Avenue is a risk-free experiment to see how implementing existing ACC policy could improve Prince Avenue for all users. It’s time to do something, and we need to start by working together to make Prince a safer street.

More information regarding this project is available at CompleteStreetsPrince.org.