Taking Corporate Money Out of Politics 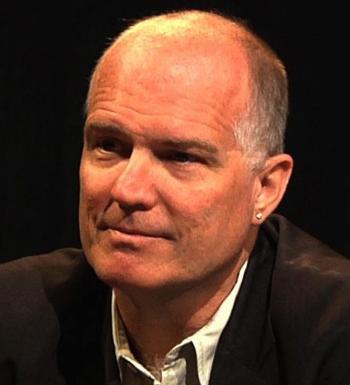 All Athenians are invited to come to the Two Story Coffeehouse in Five Points (1680 S. Lumpkin St.) on Thursday, Dec. 5, to hear David Cobb, national spokesman for the Move to Amend movement. Cobb, a former Green Party presidential candidate, will be speaking at 7 p.m. about the need for a new constitutional amendment to abolish corporate personhood.

In response to the U.S. Supreme Court’s Citizens United decision in 2010, a growing number of people are reaching the conclusion that an amendment is now required to establish the fact that corporations are not real people, and political funding is not free speech.

The power of big money to influence the political process needs to be regulated by government, but this has become practically impossible to do because of the numerous court decisions (culminating in Citizens United) that have mistakenly granted First Amendment rights to corporations for spending on political ads and activities. Indeed, a number of constitutional rights that should pertain only to natural persons (i.e. human beings) are now being claimed by corporations precisely in order to evade or deflect appropriate regulation or limitation. Nevertheless, corporate personhood is a legal fiction whose primary purpose is to enable a corporate entity to be identified as a party to a contract. As an artificial entity, a corporation does not have inalienable human rights. What it has are accorded privileges within a limited sphere of operation.

Obviously, one of the main purposes of the proposed amendment is to prevent the holders of concentrated wealth from using its unequaled power to sway elections. Most people understand that the principle of one person, one vote is undermined if concentrated wealth is permitted to dominate the political discussion that precedes elections.  If, as some have said, spending money is essential to disseminating speech, then the lack of money must have the effect of preventing speech from being heard adequately.  Arguably, faced with the important task of choosing a candidate for elected office, the people have a right to hear all the candidates equally well, which cannot be done if differences in wealth make possible considerable differences in dissemination.

Thus, it is strange that the Supreme Court would recognize the close connection between speech and money without simultaneously recognizing that to have little or no money means that little to none of your speech will be heard by voters. Most of the time, outside of politics, this doesn’t matter, but for the purpose of participating in a democratic election, the voters have a right to have equal access to all the candidates, which can only happen if the case for each candidate is fully disseminated. In my opinion, that’s why, in a democracy, elections ought to be publicly, not privately, funded. Otherwise, you have a plutocracy.

Be that as it may, Cobb will explain the basis for the proposed amendment more clearly than I can do here, and he will end his presentation with a lively question-and-answer session. A sampling of his presentations throughout the country can be found on YouTube. The exact wording of the amendment he will discuss can be found on the Move to Amend website at movetoamend.org.  In addition to this website, there are two excellent books on the history and effects of corporate personhood: Corporations Are Not People (2012) by Jeffrey D. Clements and Unequal Protection (2010) by Thom Hartmann.

The reaction against the Citizens United decision has been breathtaking. Anyone who’s interested in this reaction will be fascinated to watch democracy in action on two extremely short YouTube videos.

As of July 2013, 500 such resolutions have reportedly been passed all across America.

To the best of my knowledge, whenever the amendment issue has been presented for a vote, support for it has been overwhelming. It has come from political groups all across the spectrum—right, left and center. Why? Because it is not a partisan issue. It is not identified with any particular ideology or policy. Instead, it is about enabling the people of the United States to reclaim their rightful place in politics.