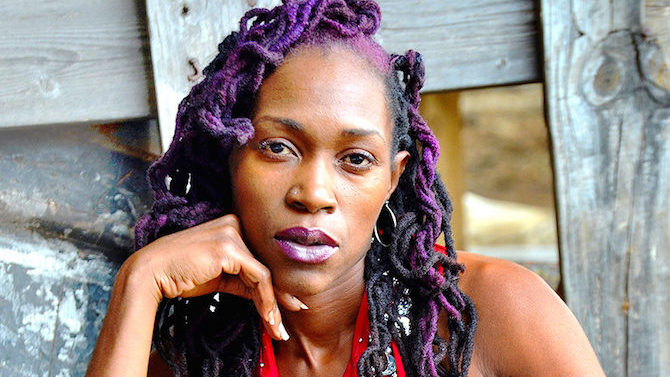 About 25 years ago, when Mokah Jasmine Johnson was 20, her then-boyfriend tried to buy $5 worth of marijuana from an undercover police officer. Johnson was also arrested and pleaded no contest to what she thought was a misdemeanor charge that would later be dropped.

But the incident haunted her for years, every time she applied for a job or an apartment, and it surfaced again last week. Johnson is now a candidate for an Athens-area state House of Representatives seat and was recently the victim of a push poll suggesting she had been convicted of a felony. Several District 117 residents have reported receiving calls or texts suggesting Johnson had been “convicted of a felony, served time in prison and convinced a judge to remove it from her record to cover it all up.” The calls and texts then directed the recipient to a website to vote on whether this information made them more or less likely to vote for Johnson.

The reality, according to Johnson, is that she received community service and never spent a night behind bars. The sting operation she was caught up in was so large, detainees were kept in a field instead of jail, she said. She said she tested negative for drugs but pleaded no contest to a misdemeanor to spare her immigrant parents from having to pay legal fees. The charge was supposed to be dropped when she completed community service, but instead it was improperly recorded as a felony and followed her for years, until she was able to have it expunged. (Johnson’s campaign website, mokahforgeorgia.com, has information on how to have your record expunged.)

“When I heard what they did, I was shocked and hurt,” Johnson, who was in Florida for her father’s funeral last week, said in a statement. “It’s been four years since Michelle Obama told us, ‘When they go low, we go high.” [At the Democratic National Convention] she extended the quote with, ‘Going high means standing fierce against hatred.’ So I decided to make this an opportunity.”

Johnson’s campaign manager, Aditya Krishnaswamy, has an idea of who might be behind the push poll—the responsible party used a proxy server to hide their identity—but he doesn’t believe it was incumbent Republican Houston Gaines’ campaign. Still, he faulted Gaines for not fully denouncing the calls as a “racist dog whistle.”

“I’d like to confirm that despite false claims, my campaign has not conducted polling of any kind this election cycle,” Gaines said in a statement on social media. “And I am very proud of my record on criminal justice reform. This legislative session alone, I was honored to carry Senate Bill 288—our Second Chance legislation. This historic bipartisan criminal justice reform allows for individuals to have their records restricted for employment purposes for non-violent, low-level misdemeanor offenses after not reoffending for a period of four years. This is an important measure that will help millions of Georgians, and I’m proud that we were able to get it passed unanimously in the House and Senate.”

The irony is, while Gaines was pushing through a bill making it easier to clear one’s record, political operatives working on behalf of Gaines were doing opposition research into Johnson’s criminal history.

The move may wind up backfiring, because it gives Johnson an opportunity to talk about one of her favorite topics, one that especially resonates with voters since the resurgence of the Black Lives Matter movement—criminal justice reform.

“I’m not ashamed to share that I got caught up in the same cruel system that continues to prey on Black people and other people of color in our communities every day,” Johnson said. “While our opposition may believe my story is a weakness, I know that many of the people I seek to represent recognize the failings of our criminal justice system.”

According to Johnson, Black people are almost four times more likely to face marijuana charges as whites, despite using the substance at similar rates. More than 6 million people were arrested on marijuana charges between 2010-2018, 42% of them under 30.

“I was glad to see my opponent sponsor SB 288, a bill to expand our expungement system,” she said. “While my opponent touted the economic benefits of the reforms, these attacks made on his behalf reveal a failure to understand the human costs of this system.”

Using push polls to make anonymous attacks on political opponents is a fairly common, if underhanded, campaign tactic. But Johnson is taking it seriously. She has retained high-powered lawyer Stacey Evans, a former legislator and gubernatorial candidate, to consider filing a defamation lawsuit. According to Krishnaswamy, the legal system works well for people like Gaines, whose grandfather was a judge and who comes from a prominent, well-to-do family. Krishnaswamy says Johnson wants to show it can work for others, too.