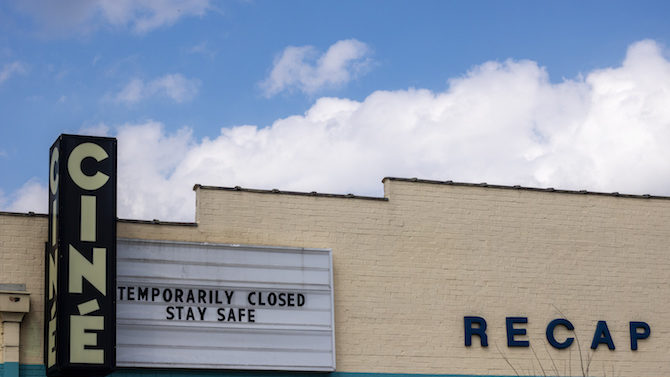 The Athens-Clarke County Commission approved an emergency measure last week requiring residents to stay in their homes with some exceptions, hoping to reduce the spread of COVID-19 in the county.

They also voted to spend at least $3 million to somewhat alleviate the economic impact of closing many businesses to the public, which will throw an untold number of residents out of work at least until Apr. 7, when the “shelter in place” policy will expire unless commissioners renew it—a likely possibility, given that experts believe the threat won’t pass for at least another six weeks or so.

But the public health threat of coronavirus was deemed so serious that it justified harsher measures to ensure that people practice social distancing whenever possible.

“We’ve seen a dramatic increase in the number of cases this week, and we expect that to increase exponentially,” Lewis Earnest, an emergency room doctor at St. Mary’s Hospital, told commissioners.

Athens has a high population of people who are vulnerable to COVID-19, according to Grace Bagwell Adams, a professor at the UGA College of Public Health. Almost a fifth lack health insurance, and over 60% of Athens households have at least one person who has a chronic medical condition, is over age 65 or both. Additionally, Athens has a shortage of health care professionals. All this points to a health care system that could easily be overwhelmed.

“We have an astounding percentage of Athens-Clarke County residents who only have access to health care through the emergency room,” Adams said.

Athens residents will still be able to do most everything they need to do, such as go to work, get food, groceries, medicine and other supplies, go to the doctor, walk dogs, take a jog or care for vulnerable friends and relatives. Parks were expected to reopen this week, according to ACC Manager Blaine Williams, although police will tell groups to disperse if more than 10 people are gathered.

When leaving the house, residents are required to practice social distancing, which means staying at least six feet away from non-household members, covering coughs and sneezes with elbows, washing hands frequently with soap and hot water for 20 seconds, using hand sanitizer and frequently cleaning high-touch surfaces.

Despite all the exceptions, commissioners acknowledged that the ordinance will cost many people their jobs. And 7% of local residents already feared imminent eviction before the pandemic, according to a recent community wellness survey. “The economic impact is going to be devastating,” Commissioner Melissa Link said.

Commissioner Tim Denson added an amendment that will devote the remaining $3 million from the county’s “prosperity package,” passed as part of the 2020 budget, to financial assistance for laid-off workers, small businesses and nonprofits. Commissioners also said they would look for additional funds in the current budget and the upcoming fiscal 2021 budget, as well as state and federal relief. “It’s not going to go very far, unfortunately, but we’re doing what we can,” Commissioner Jerry NeSmith said.

ACC has taken other steps to alleviate the financial strain, such as making Athens Transit temporarily fare-free, mandating that no one’s water be cut off for nonpayment, waiving April water fees and waiving business and alcohol license taxes for the coming year. Williams will make more recommendations on how to ease the burden on small businesses by Friday, Mar. 27.

Other changes included tweaks to broaden the definition of who residents are allowed to visit to include non-family members, proposed by Link, and clarifications to enforcement, proposed by Commissioner Mariah Parker.

No one will be cited or arrested for violating the ordinance, said Mayor Kelly Girtz. Instead, police will educate citizens and urge them to disperse if they gather in groups larger than 10, as recommended by the Centers for Disease Control and Prevention.

Several commissioners had reservations, but ultimately all of them voted for the mandate. “I’d rather be accused of overreacting than not doing enough,” Commissioner Mike Hamby said.

Additionally, public health officials briefed commissioners on the progress of testing and educational efforts. Posters on hygiene and social distancing will be given to area businesses within the next few days, and pamphlets and school lunches will be distributed by police. “We are concerned there are people who are not as aware as all of us here are,” Northeast Health District Administrator Emily Eisenman said.

Athens was one of the first communities in Georgia to pass a shelter-in-place ordinance, and surrounding counties have not followed suit. Local hospitals serve a 17-county area with a population of 627,000, raising the possibility that they could be overwhelmed despite ACC’s efforts. “Any coordination that’s possible among cities and counties is going to be advantageous as we face this pandemic together,” Adams said.

The shelter-in-place policy came just three days after the commission voted Mar. 16 to ban all gatherings of 10 or more, based on the recommendation of the Centers for Disease Control and Prevention. That vote essentially shut down all bars, where UGA students—on what amounts to an extended spring break—continued to flout the CDC’s advice. Originally, Girtz proposed a curfew as well, but the curfew morphed into a request for residents to voluntarily shelter in place 24/7. However, Commissioner Russell Edwards and numerous local doctors said the voluntary policy wasn’t enough, and the commission regrouped Mar. 19 to make it mandatory.

“We have 40 ICU beds. If we don’t decisively halt the spread of this virus, our hospitals will be overwhelmed, and doctors will have to decide who gets a ventilator and who doesn’t,” Edwards said, pointing to the rapidly deteriorating situation in Italy, where thousands have died and the country is on virtual lockdown.