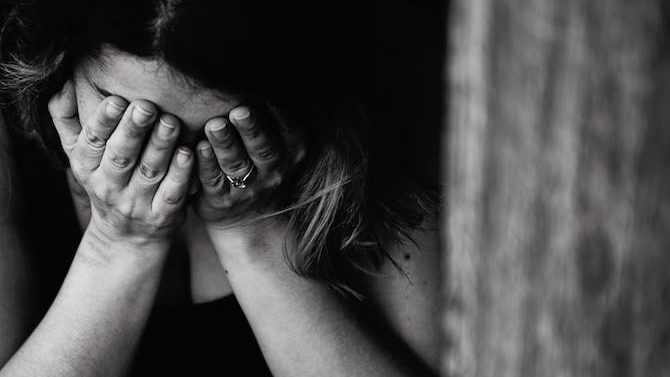 No one believes they’ll ever be poor, but that’s a fallacy. After experiencing a major life change—a medical emergency, a job loss, a hurricane, a divorce—a huge number of Americans wouldn’t have the resources to weather a catastrophe and would be homeless in three months. In 2018, 40% of Americans had less than $6,000 in savings, according to Megan Bolado, a poverty expert. She’s helping with strategic planning at Family Promise of Athens (formerly the Interfaith Hospitality Network), a local agency that provides immediate shelter to homeless families with children and helps them become independent. Bolado has been involved in anti-poverty and economic justice work for 15 years in Washington, DC and Atlanta, on Native American lands and now in Athens.

In a recent presentation, Bolado spoke about poverty, both in general and specifically in Athens, answering questions posed by Family Promise board member Krystle Cobran, who was recently appointed Athens-Clarke County’s first inclusion officer.

“No one deserves to be poor,” Bolado said. “I don’t think it’s fair for people not to have housing or food, and it’s shocking to see people suffer.”

According to the federal government, a family of four earning less than $27,000 is poor. This classification means that 12% of American households are poor. Bolado disagreed with the cutoff number.

In the 1960s, she said, when part of this formula was being developed, Americans spent 33% of their income on food. As of 2012, that figure was 12%. But while the cost of food has fallen, the costs of everything else—housing, transportation, education, insurance, durable goods—has risen sharply. “So, those numbers, those statistics, aren’t based on reality,” Bolado said.

For her, a more accurate picture of poverty says a family of four earning less than $53,000 is poor because, nationally, the median household income is $63,179. With that number, more than 40% of American households are poor. Government should use this higher number in creating policies to benefit poorer families, she said, like the earned income tax credit.

What are the drivers of poverty? Low wage jobs, lack of savings and the rising costs of housing, health, transportation and post-secondary education. And a lack of access to education, “because with no access, you can’t move up,” she said. With knowledge, skills and access, you can reach financial capability, but the problem is access to financial institutions and banks. In many neighborhoods without banks or credit unions, poor people depend on check cashing businesses, which keep a percentage of the checks they cash, and on payday lenders, which charge exorbitant interest rates.

In Athens, Bolado says, 72% of the population—excluding UGA students—is of working age, from 18–64 years old. Of those, 55% are white, 27% are African American, and 10.7% are Hispanic. Last school year, almost 900 children in the public school system were identified as homeless—children who may be staying with relatives or friends or in the family car, but who have no stable residence.

The median income in Athens is $34,258, and 20.2% of all four-person households earn less than $27,000 annually. As Flagpole has reported, a huge percent of people’s income goes to housing in Athens, where home value is four and a half times higher than median income, and over half of renters spend at least a third of their income on housing.

In Athens, 11% of the population doesn’t use banks, compared to 10.6% in Georgia and 6.5% nationally. One big problem is that those who work in the service industry are subject to volatility—a UGA home football game could mean extra tips for those in the restaurant business, while summer could see a drop. And in Athens, as elsewhere, the biggest need is for affordable child care and transportation.