The West Broad Market Garden Is Gone; Will Means Get His Way on Pre-K? 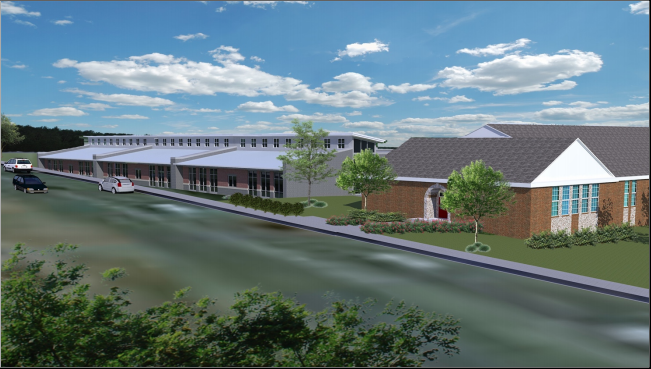 The Clarke County Board of Education is poised to vote this week on Superintendent Demond Means’ plan to build an early learning center at the old West Broad School, in what one board member described as a eulogy for the community garden and farmers market the Athens Land Trust has run on the long-vacant property for the past five years.

Means opened a Sept. 5 work session by telling the board that enrollment in pre-K dropped from 83% of eligible children in 2008 to 62% in 2013. It was unclear why—perhaps funding for the program declined during the recession, board member Charles Worthy suggested, or maybe more parents are opting to keep their 4-year-olds in private daycare or at home, Director of Early Learning Karen Higginbotham said. Perhaps the schedule doesn’t match parents’ work schedules, board member Patricia Yager said, citing the results of a recent county-wide survey. Means’ theory was that parents are not bothering to apply because of a lack of open slots. There is a waiting list, although different lengths have been stated at different times; the number changes throughout the year, because some parents have their kids in pre-K at one school while waiting for a slot to open up at another. But it’s clear, Higginbotham and Means said, that demand is outstripping supply.

That conflicts with the ESPLOST plan presented to voters in 2016. The plan then was to rebuild all four middle schools. Three have been completed, but Clarke Middle would be pushed out into the next ESPLOST (assuming voters approve it). So would “School C,” a proposed elementary school off Vincent Drive on the Northside.

Yager and another board member, Greg Davis, raised that issue. CCSD’s attorney, Michael Pruett, responded that, while specific projects must be built under state law, the ballot language for ESPLOST has been very general, giving the district flexibility. A discussion ensued over whether advertisements, whether by the district or outside groups, might constrain CCSD to certain projects. “I think a flyer would not be as legally binding as… what’s listed on the ballot,” Means said.

If CCSD was behind the online post Davis found touting Clarke Middle as an ESPLOST project, some court cases might bind CCSD to build it, Pruett said, although it more likely came from an outside group. In the 2009 case Thompson v. Cobb County, for instance, a judge ruled that, when ESPLOST ballot items are vague, contemporaneous documents can be used to explain the intent behind them.

That case had to do with technology, and when discussion turned to technology at CCSD, administrators told board members that they’re bound to spend sales tax funds earmarked for electronic devices on those devices, rather than, say, textbooks.

Worthy, the longest-serving board member, reminded his colleagues that School C was originally supposed to be on the Eastside and Easom on the Westside, but they were flip-flopped in 2008, and Easom was designated as a new early learning center at the old Gaines School site. Since then, the old Gaines School has been used as a temporary facility to house students whose schools are being renovated or rebuilt (most recently Hilsman Middle). Means’ facilities plan calls for it to become a Boys & Girls Club and Junior Achievement BizTown emphasizing entrepreneurship, funded by a group with ties to the Koch brothers. Former superintendent Philip Lanoue had wanted to turn the old West Broad School into administrative offices after he sold the district’s Mitchell Broad Road central office and sought a more central location, but that plan met with opposition, because it would have required paving over the Athens Land Trust’s community garden, which it had operated since 2014, along with a farmers market, that trained students in agriculture and allowed neighborhood residents to sell goods. Means is eager to move the central office out of its current location at the H.T. Edwards building, which it shares with the growing Career Academy. He determined that West Broad does not have enough space to house administrative personnel.

The school board, at an impasse, issued a request for proposals last year and received three responses, two of which won advocates on the board. One was from the land trust, which partnered with Athens-Clarke County to propose a community center with an intact garden, funded by $3 million in ACC SPLOST funds and matching grants secured by the ALT. The other was from CCSD itself, which proposed a school health clinic and community meeting rooms in the historic Minor Street building, and demolishing newer buildings and the garden to make way for 10 new early learning and pre-K classrooms. Since then, five of the nine board members have been replaced.

However, the ALT/ACC proposal is not an option. Means’ proposal will receive an up-or-down vote Thursday, Sept. 13. While he said crops currently planted can be harvested, and he’s open to allowing the land trust to host the farmers market there through December, Means made clear that the “the Athens Land Trust being at West Broad ends one way or another on Sept. 29,” when its memorandum of understanding with CCSD expires. He said the land trust’s activities, while “wonderful,” don’t fit with the school district’s mission, and cast the vote as for or against early learning.

Means said he offered ALT land at Clarke Middle School and Fowler Drive Elementary School to plant a new garden, but ALT turned him down. According to ALT Executive Director, Means said the organization would have to follow CCSD curriculum, which doesn’t exist for agriculture, and would not allow people with criminal records to work in the new garden, making the offer a nonstarter.

Several board members asked what happens if the state Department of Education doesn’t approve Means’ plan for the property. There are several obstacles, such as the size of the property, its location in a high traffic area and a nightclub that serves alcohol nearby. “If I’m going to fall on my sword, I want to make sure I’ve addressed those concerns,” Greg Davis said. Those issues are typical and can be worked out, Means assured the board.

Will the district get funding to staff the center? Pre-K is funded by the state lottery, and those teachers and parapros are already underpaid, Davis said. That’s a separate issue, Means responded. Head Start and Early Head Start (0–4-year-olds) are federally funded. The feds have been “very generous,” Means said, “but we haven’t been able to take advantage due to lack of space.” At the state level, Gov. Brian Kemp has demanded 4–6% cuts across the board—a point Worthy raised. Nevertheless, “our belief is if we had the space, we would be a good candidate to apply,” Higginbotham said.

None of the issues raised can be resolved until the board votes in Means’ favor, he told members. “It’s premature for us to engage stakeholders at this point,” he said. “If you agree to this project, we’ll engage stakeholders in the community to build this appropriately.”

Board member Kara Dyckman—stressing she was not inferring that anyone had lied—had more questions about information she’d heard that contradicted what she heard in a July property committee meeting. She wanted hers answered in executive session, which, as fellow board member John Knox alluded to, is probably illegal. The Georgia open meetings act has an exception for real estate acquisition, but CCSD already owns the West Broad property.

Means, who hails from the Milwaukee area, said he was caught off guard by the politics involved with West Broad. Those politics have split the community across racial and generational lines, with some African-American residents focused on preserving the segregation-era school building and fueled by animosity toward the land trust’s affordable housing model of selling homes cheaply to low-income buyers by holding the land they are built on in trust—a practice some have compared to sharecropping—to ensure they remain affordable. Other African Americans appreciate the way the land trust cleaned up what was a drug market and the opportunity to start up small businesses. They’ve been joined by some white residents who value locally grown food and urban agriculture, and have questioned some of Means’ other actions as superintendent.

But political it is. “The community is not on board with this,” Yager said, referring to the vote as a “Sophie’s choice.” Board member Frances Berry pulled the item off the consent agenda—a slate of noncontroversial items approved with one unanimous vote—so everyone could have a last word. “Why not have one more moment to say goodbye, for better or for worse?” she said.

Board Talks Technology and Guns

Also at the meeting, Chief Academic Officer Brandon Gaskins and Chief of Staff Xernona Thomas gave a presentation on the use of technology in schools.

During Lanoue’s tenure, he introduced a “1:1 initiative” assigning each student an electronic device, such as a tablet or laptop. The initiative drew some criticism from community members who felt students should have textbooks and learn to write cursive, or questioned whether low-income families could afford internet access. The district currently has 14,000 devices, Gaskins said.

In the past, Means said, teachers felt pressure to use the devices. He is de-emphasizing, though not eliminating, the initiative.

“It’s not about a 1:1 initiative,” he said. “It’s about how the teacher is using the device for instruction. We’re trying to break down a culture where people felt like they had to use the device every day or else.”

“Ambassadors” will be training teachers in how to use technology starting in January, but teachers should feel free to use it in whatever way they’re comfortable with, Means said.

Several board members asked whether students are being taught to type. It’s not a separate class, Gaskins said, but typing is integrated into all classes.

Means also commented briefly on several recent incidents of students bringing guns to school. A gun was confiscated from a 15-year-old’s backpack at Clarke Central High School on Sept. 4. She was charged with possession of a weapon on school grounds and taken to juvenile detention.

Means said he wants to take a balanced approach involving restorative justice. “We’re going to come up with a plan to deal with that that honors all approaches,” he said.