What Does a Living Wage Really Mean in Athens? 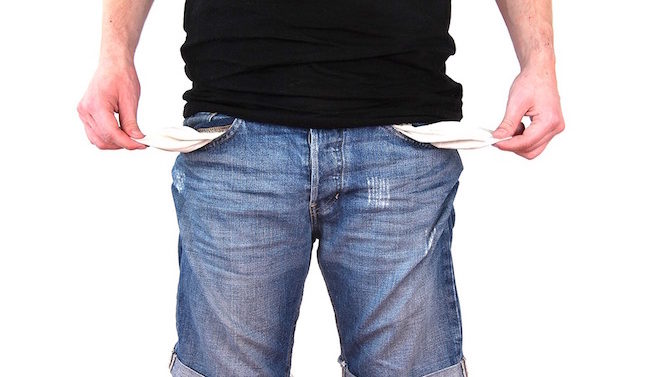 The Massachusetts Institute of Technology pegs it at $11.60 an hour. Bernie Sanders popularized the figure of $15. But at least one Athens-Clarke County commissioner thinks a living wage should be much higher than that.

An income of $30,000 a year “is jack squat when you consider all the bills you’ve got to pay,” Patrick Davenport said at a Federation of Neighborhoods meeting last week. “So, I’m considering something more like 20, 22 [dollars per hour].” For him, a living wage doesn’t just cover basic necessities but also allows people to save and have something left over to go to a concert or a ballgame.

Davenport and Commissioner Tim Denson were the panelists on the FON’s monthly panel discussion Aug. 12 at Ciné. In addition to being commissioners, Davenport works at an employee-owned cleaning co-op, and Denson is a union organizer. Linda Lloyd, executive director of the Athens Economic Justice Coalition, was also invited but did not attend, and according to FON President Wendy Moore, the group tried to find a small business owner but ran into scheduling conflicts.

Denson pointed to Athens’ 38% poverty rate and growing inequality as proof that “the economy is completely broken.” He pointed out that anyone working full-time at a minimum-wage job falls below the poverty line and likely needs government assistance. “This is capitalism’s last chance,” Denson said.

Even at the $11 low end of a living wage, lots of people struggle, Davenport said, including service industry and retail employees, day laborers and even factory workers. The median income in Athens is $33,000 a year—scarcely above the $15 many cite.

Many blame the University of Georgia for holding down wages in Athens. The university has made some strides, however. Last spring, UGA gave its lowest-paid workers a 3% raise to $12.60 an hour, or $25,175 a year. This summer, UGA quietly raised its minimum wage for student workers to $7.75 and $10.25 for part-time and temporary workers.

The United Campus Workers of Georgia called the raises a win for workers but said they don’t go far enough. Union members also expressed concerns that the university is replacing full-time jobs with benefits with part-time and student jobs.

UGA should be paying $15 “tomorrow,” Denson said, but the ACC government has little control over the university’s pay scale. Some audience members suggested that ACC get tough by withholding emergency services until UGA met demands for higher wages and contributions to county tax coffers. That would likely result in a lawsuit and possibly even the state taking over the local government, Denson responded. “The county cannot tax UGA one penny,” said Davenport.

Denson did have some more modest ideas, like paying for the fire department through fees, rather than taxes, which would force UGA to contribute to the cost of protecting campus buildings from fire. The ACC government can raise wages for its own employees and start paying prisoners for their labor, although, as Denson noted, that will require millions of tax dollars, and Davenport pledged never to raise taxes. Requiring developers to build more affordable housing, giving property tax breaks to low-income homeowners and providing subsidized child care would also help people get ahead, Denson said.

Other audience members suggested charging an income tax or raising property taxes on businesses that don’t pay a living wage. “If we started doing that, we’d go to jail,” Denson said. “It’s illegal.”

The simplest solution would be to raise the minimum wage within ACC. That, too, is illegal, thanks to a state law prohibiting local governments from doing so. Even if the local government could do that, one audience member wondered, would it drive businesses away? In that respect, UGA being Athens’ largest employer is an advantage, Denson said, because “it’s doubtful they’ll pull up and move to Oconee County if we pressure them.”