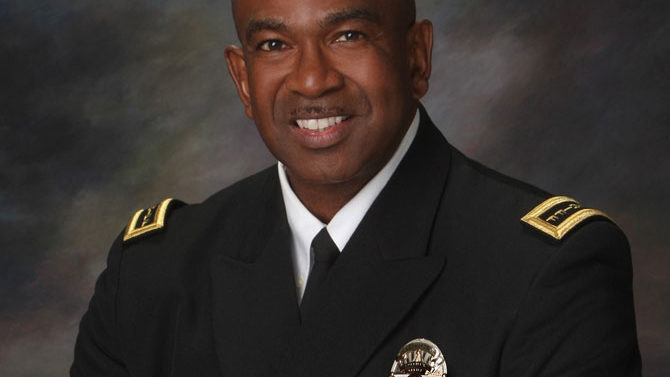 The county’s Office of Operational Analysis, headed by Internal Auditor Stephanie Maddox, surveyed 139 of the sheriff’s department’s 171 employees and conducted 80 interviews. Maddox works directly for the mayor and commission, and her job is to evaluate government operations independently from the manager, who runs the government day to day.

“The audit focuses on an overarching staffing shortage that affects the entire agency, such as workload distribution, training, safety and security, employee morale and the increase n active warrants,” according to Maddox.

The audit uncovered an average vacancy rate of 12 percent over the past five years — 23 out of 194 positions at the time of the audit. As a result, deputies have been working mandatory overtime, and have been shifted away from serving warrants and guarding the courthouse to jail duty. Deputies sometimes swap shifts, and one worked 22 days in a row. Deputies were also discouraged from calling in sick by requiring them to submit a doctor’s note.

Some deputies who have been transferred from the field division—generally considered a cushier assignment—to the jail have quit rather than accept the reassignment. That leads to the field division falling behind on serving warrants.

In addition to retention problems, recruitment levels are low, and it could take up to five months for a new deputy to start work from the time they applied. Less than 3 percent of applicants actually wound up being hired. Then, new deputies assigned to the jail might only receive a few days’ training. In addition to the steep workload and lack of training, deputies also cited perceived favoritism among administrators as a reason for low morale.

“This all comes down to staffing,” said Commissioner Melissa Link, who chairs the Audit Committee that oversees Maddox’s work. “They can’t follow through with the recommendations until they’re fully staffed.”

Maddox made dozens of recommendations for improving recruitment and retention in the audit, most of which were accepted by the sheriff’s department. “They’re really trying to bring people in,” management analyst Jill Arquette told the Audit Committee last month. But the overtime situation, Maddox said, “hasn’t gotten any better,” with deputies working 60 hours per week, including two weekends a month. Maddox estimated that it would take two-and-a-half years to fully staff the department.

While Sheriff Ira Edwards and his top brass acknowledged many of the issues, ACC can’t force him to follow any of the audit’s advice. As an elected constitutional officer, the sheriff is not beholden to the mayor and commission. “We have to figure out if there are ways to persuade the leadership to fix these problems,” Commissioner Jerry NeSmith said.

Staffing has been an ongoing challenge for Edwards (as it is for law enforcement agencies across the country, thanks to the low pay and polarized public opinion). One of my first investigative stories for the Athens Banner-Herald almost 15 years ago—which has unfortunately vanished from GateHouse Media’s servers and the internet—was about a shortage of guards and low morale at the county jail. I recall one former deputy describing it as a “hellhole.”

That was partly due to dangerous working conditions at the old jail, which were supposed to be remedied by the construction of a new one, at a $60 million expense to taxpayers. Yet according to the new audit, deputies still feel unsafe and unsure whether backup will come if something happens, to the extent that some don’t even want to take bathroom breaks. While the inmate population is declining due to criminal justice reforms, a smaller staff is overseeing a much larger physical area at the new jail. In particular, deputies told auditors that the jail lobby is not secure.

Such issues have never hurt Edwards politically before. He’s won five straight elections, mostly unopposed. But he’s up for re-election in 2020 and has drawn one announced challenger so far, Athens-Clarke County Police Sgt. John Q. Williams.