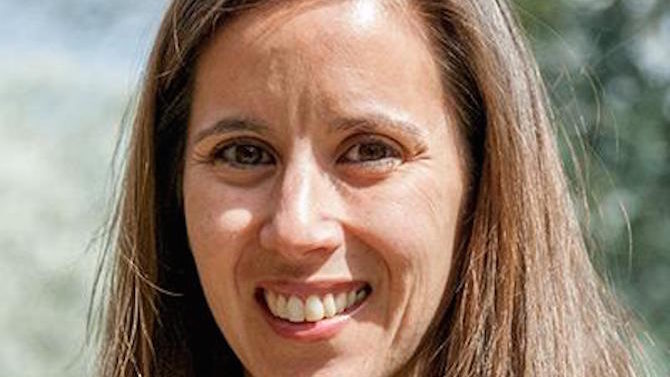 Clarke County School Superintendent Demond Means backed down from his plan to cut grants for individual schools in his fiscal 2020 budget. Instead, he cut funding for social/emotional learning staff and restorative justice. That didn’t sit well with some school board members, who passed the budget nonetheless.

Board members supported Means’ plan to hire more counselors, social workers and behavioral specialists, but balked at cutting two-thirds of the $450,000 in grant funding available to local school governance teams. Just hours before the June 13 meeting where the board was scheduled to vote on the budget, he submitted a new plan that restored funding for LSGT grants, but included fewer SEL staff and diverted federal funds away from restorative justice programs.

The board was not allowed to change Means’ budget proposal, but only vote it up or down. If the board rejected it, Means had said he would withhold $3,000 raises for teachers.

Davis was the lone board member to vote against the budget. “I will not fall prey to Solomon’s wisdom and cut the baby in half,” he said. Means called the comment “inflammatory language.”

Board members were clearly caught off-guard by the new budget proposal. Kara Dyckman said Means had sent six options in previous days before changing course the afternoon of the meeting. Frances Berry asked for a 10-minute break to think about the new proposal. Charles Worthy objected, saying the board should vote now. “I’m doing due diligence, Mr. Worthy,” Berry told him.

When questioned again about why he wants to spend $100,000 to hire an assistant police chief, Means said he wants to “pivot away” from using Athens-Clarke County school resource officers. Eventually, he said he wants to use the $325,000 CCSD pays ACCPD for five officers to hire three officers who work for CCSD and are trained in restorative justice and de-escalation. Dyckman said that cutting funding for restorative justice training, as Means proposed, is contrary to his goal in replacing school resource officers. Means said that carryover funds may be available, and that LSGTs can apply for grants to fund the training. But Linda Davis—participating by phone from out of town—said relying on LSGT grants could put different schools on different footing, noting that many local families are transient and change schools often.

Means also reviewed the process for hiring principals with the board during the nearly five-hour meeting. He addressed his controversial hire to run Alps Road Elementary, Natosha Harris, who withdrew a few days after the board approved her hiring as part of a package of personnel recommendations June 6. Parents had noted on social media that Harris, like Means, is from Milwaukee, and is a Facebook friend and sorority sister of Means’ wife.

Means said he was disappointed that Harris withdrew and blamed it on “external stress.” He denied knowing Harris and said that people had implied he worked for Milwaukee public schools, which is false. (He came to Athens from Mequon-Thiensville, an affluent suburb, and also ran Milwaukee’s “turnaround district.”)

“Mrs. Means was an educator within Milwaukee Public Schools for more than 20 years,” CCSD communications director Mary Walsh Wickwire told Flagpole. “She has crossed paths with countless talented professionals in her work. This does not mean that she is ‘friends’ with every member of Alpha Kappa Alpha Sorority Incorporated or all educators who work in Milwaukee Public Schools. This is an important distinction that should be shared with the public.”

Means called the social media commentary surrounding Harris’ hiring a “bloodsport” and lashed out at his critics. “When my wife is pulled into this, I have a problem,” he said. “I think it speaks to the toxic culture, and I hope some sources apologize.”

LSGTs—made up of parents, school personnel and community members—recommend finalists for principal positions to the superintendent and his cabinet, and the team at Alps Road unanimously recommended Harris, member Lee Smith told the board. The LSGT also recommended three other candidates. Knox was the lone board member to vote against the package including Harris. He later explained that he voted “no” over concerns about the hiring process at Alps.

Means said he is looking for principals who will hold people accountable and make sure “certain perspectives” are no longer a part of the culture. Some teachers, he said, are “nice people, they come to work, but if you’re not getting results for children, we’re failing students.”

Earlier in the meeting, when discussing equity, Greg Davis asked about communication problems between Means and principals. Means said principals are scared of teachers and parents, and compared them to “cruise directors” who just want to keep people happy and are unwilling to make major changes. He said he wants to “dismantle” the system, repeating a saying he frequently uses: “Our organization is perfectly designed for the results we’re getting.” He said he has been relying on his central office staff “because I didn’t want the principals to have to do the hard work,” calling that decision a mistake.

Left unmentioned: Means has hired most of CCSD’s principals himself. About three quarters of 21 have left, been moved to the central office or changed schools since he took over two years ago.

In addition to reposting the Alps job, Hilsman Middle School remains without a principal. And on Friday, Chase Street Elementary principal Andrea Neher abruptly resigned after receiving a negative evaluation.

“Dr. Means made clear to me that I had more than fallen short in meeting his expectations in leading Chase Street, and that my leadership behaviors did not appropriately address ‘teacher reaction to student underperformances,’ although by many measures, our tree frogs [the school mascot] performed at or near the top of their peers across the district,” Neher wrote in a message to PTO members.

She had been principal for just one year. Now Chase, like Hilsman Middle School, is without either a principal or an assistant principal with school set to start in less than seven weeks. The search for Hilsman has been extended because, Means said, the board didn’t get enough applicants. For most positions, the district is receiving about nine to 12 applications—far less than the 30 he’d like. The criticism of Harris will only make it harder to find candidates, he said.

The board’s role, Means explained, is to approve or reject personnel recommendations. “I’m struggling with how to do that—approve or reject a person—given no other information but their name,” Dyckman said. Means said he will share their professional background with the board if asked.

Means said he has concerns about the concerns raised about Harris—namely, that the interview process is supposed to be confidential, and it appears that someone on the LSGT leaked information. Board member Tawana Mattox said she shared information with the board from a “third party” who was afraid to speak out.

“What I’ve found out on this board is that we’re in a position of black and white,” Mattox said. “If I ask any questions, it’s because our superintendent is black. That is not right. We’ve got to do our due diligence.”

The board also briefly discussed replacing former District 4 representative Jared Bybee, who resigned and moved to California. Although Bybee announced his impending resignation in March, the board has seemed to be caught off-guard by his departure. Applications to serve out the remainder of Bybee’s term will be accepted through Aug. 1, and the board will vote on his replacement Aug. 8. More information will be posted on the CCSD website at some point.