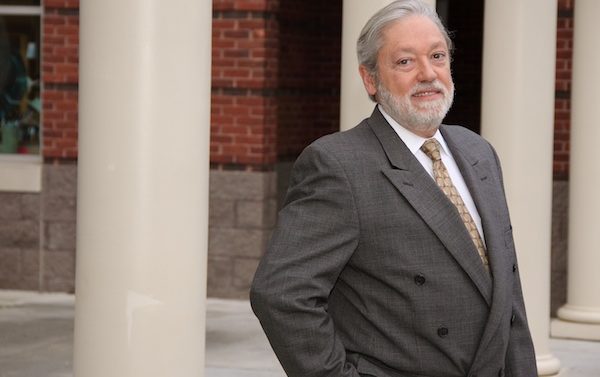 The Athens-Clarke County Commission took its first step toward bail reform when it voted last week to cite, rather than arrest, people suspected of violating ACC ordinances.

The only exceptions are for the charge of disorderly conduct (if violence of a threat of violence is involved), if an officer believes the suspect is so intoxicated he is a threat to himself or others, if the suspect has skipped court hearings before, or if the suspect refuses to identify himself or sign the citation.

“I think it’s a good move for the right reasons,” Commissioner Jerry NeSmith said. “But it’s just the tip of the iceberg for us as far as what we can do to make our criminal justice system more efficient. By that, I mean helping people rather than punishing them.”

About a dozen people from the Athens Anti-Discrimination Movement—which has been pushing to end cash bail for more than a year—and other organizations told commissioners that the practice disproportionately affects poor and black people and can cause them to lose their jobs.

Ending cash bail for most ordinance violations is low-hanging fruit, since ordinance violations rarely lead to an arrest, anyway, and Municipal Court is the only court the ACC government has complete control over. Most ordinances deal with quality-of-life issues, such as overgrown yards and junked cars. Other courts deal with state laws and have to abide by parameters set by the state, though the legislature has loosened bail requirements and given judges more discretion in recent years.

More reforms are on the way, Mayor Kelly Girtz said. The police department is rolling out a “cite and release” policy for nonviolent misdemeanors, such as possession of marijuana. Municipal Court is texting defendants to remind them of their court date. And he’s hashing out a police citizens advisory board with Chief Cleveland Spruill and Manager Blaine Williams, which should come before the commission by September.

NeSmith said he wants to focus on the mentally ill. Quoting statistics from Advantage Behavioral Health Systems, he said that 40 percent of jail inmates have been diagnosed with a mental illness, and they don’t always get the treatment or medications they need.

The fiscal 2020 budget the commission passed June 4 includes funding for a second two-person team in the police department to deal with suspects who may be dealing with mental health issues.

It does not, however, include funding to pay inmates who do unpaid work for the county government—including cooking meals for other inmates, mowing grass and cleaning the animal shelter—a practice AADM President Mokah-Jasmine Johnson compared to “modern-day slavery.” Denson had pushed to pay them $4 a day, but instead, Girtz included $150,000 for job training for inmates.

Girtz told Flagpole that the state won’t pay state prisoners for their labor, but that depending on their crime and sentence, they can go to “transition centers” or halfway houses where they can work in the private sector. The funding will help them get training and certification in high-demand careers like commercial driver or diesel mechanic, he said.

“We’re going to help them essentially get their life package back together,” he said.

The budget also includes a $4 million package of programs aimed at reducing poverty.

In other business, the commission banned smoking in sidewalk cafés operated by restaurants, created a citizen committee that will oversee the Athens in Motion sidewalk and bike lane plan, moved forward with a $6 million Georgia Department of Transportation grant application to build roundabouts on Chase Street at the Loop and Oneta Street, approved an RV park for UGA football fans on Hancock Industrial Way and reduced the rent charged to four tenants at the Miriam Moore Community Center—the Athens Neighborhood Health Center, East Athens Development Corp, Clarke County Health Department and Athens Tutorial Program—to $1, in keeping with other nonprofits that occupy city-owned buildings.