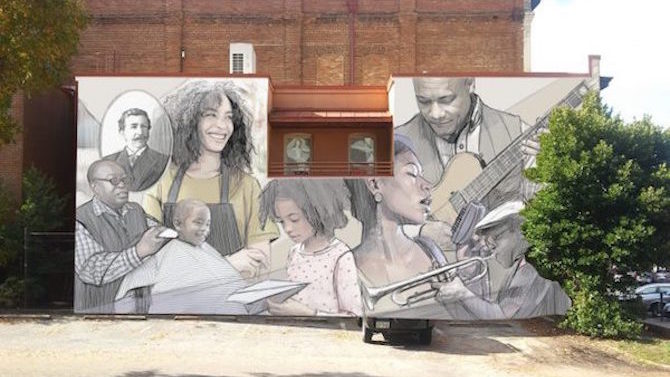 After a dispute with an adjacent property owner threatened to nix or delay a planned mural on the Morton Theatre celebrating the Hot Corner—the historic center of Athens’ African-American community—Athens-Clarke County officials have opted to move the mural to a different location downtown.

The mural will now be painted on the side of the Costa Building at the corner of Lumpkin and Washington streets.

“We own the building, and we own the parking lot, and there’s a time crunch because the artist is going to be out of the country for an extended period of time,” Mayor Kelly Girtz told Flagpole.

After a nationwide request for proposals, a blind jury chose Miami-based artist Elio Mercado to lead the project, funded by $24,000 from the National Endowment for the Arts and the Athens Cultural Affairs Commission, a local government board that oversees public arts projects.

But the project ran into a roadblock last week, when Eric Brown, who owns the parking lot next to the wall where the mural was to be painted, objected. Sources say the ACAC had a verbal, but not written, agreement with Brown to use a portion of the parking lot as a staging area for painting the mural over an eight-day period. 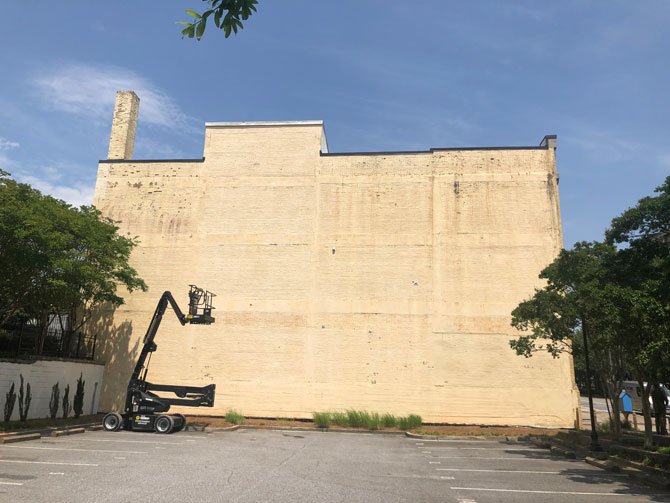 The new location at the Costa Building.

According to a May 28 statement from the ACAC, Brown registered his complaint on May 24—the day Mercado was scheduled to arrive in Athens to start work on the mural. The ACAC told Mercado to delay his travel until the dispute could be resolved. An agreement on the new mural site was reached May 30.

“I’m excited about it,” said local artist Broderick Flanigan, who is assisting Mercado on the project. “I’m a little bummed that it’s not going to be in the original location, because it has so much history and meaning. Not that there’s anything wrong with the Costa Building.”

Monroe Bowers “Pink” Morton—the son of a white man and black woman who was formerly enslaved—built the Morton Theatre in 1909–1910. The first theater in Georgia owned by an African American and one of the few surviving vaudeville-era theaters in the country, music legends like Cab Calloway, Blind Willie McTell and Bessie Smith graced its stage. ACC restored the crumbling theater in the early 1990s.

While the Hot Corner is now recognized as the intersection of Hull and Washington streets, the ACAC said the district once extended from Lumpkin Street to Milledge Avenue and north to Dougherty Street.

Girtz held out hope that a future mural could be installed on the side of the Morton Theatre in panels, which would take less time than painting it from scratch.

“I’d like to think this is going to kick off some other mural activity in public spaces,” including downtown parking decks, he said.

Flanigan and Mercado started work last Saturday, and it’s expected to take about eight days. While the delay means the mural may not be finished in time for the upcoming Hot Corner Celebration, a dedication ceremony is still scheduled for 1:30 p.m. Saturday, June 8.