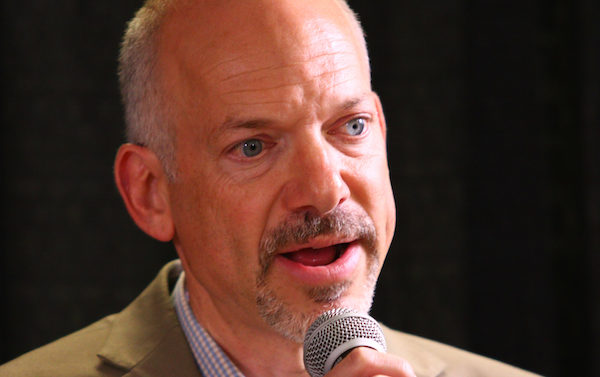 The $136 million operating and capital budget Girtz released Tuesday is about 2 percent larger than this year’s. It keeps the property tax rate the same at 13.95 mills, but the average homeowner will pay about $65 extra because the county’s tax base grew by 7 percent.

The proposed budget includes a number of new initiatives related to law enforcement, including $150,000 to start paying currently unpaid state inmates who do work for Athens-Clarke County. It also includes $100,000 to add a second specialized team to the police force to handle suspects who have mental health issues, $70,000 to allow officers who live outside of Clarke County to take home their police cars and $45,000 to hire another communications officer to improve emergency response times.

While he isn’t proposing free transit for everyone, as some progressive commissioners and activists had hoped, Girtz did include $94,000 to make Athens Transit free for seniors, the disabled and ACC employees. It’s already free for ages 18 and under, and UGA reimburses ACC for students and employees’ rides.

After many voters complained about long lines on Election Day and during early voting last fall, Girtz also wants to beef up the Board of Elections by spending $40,000 to separate merged poll locations and add early voting days, $91,000 to raise poll workers’ hourly wages and $14,600 to make one part-time position in the voter registration office full-time.

• $170,000 to establish a new inclusion office within the manager’s office—a recommendation of a task force former Mayor Nancy Denson appointed to look into discrimination locally.

• $150,000 for a workforce investment program in the Economic Development Department that will work with other agencies to create a training curriculum to help workers gain employment.

• $100,000 to fund the YouthBuild program, which teaches the construction trade to high-school dropouts from low-income families as they build affordable housing.

In total, Girtz proposed creating nine new positions, including an affordable housing coordinator, raising the local government’s workforce to 1,689. Employees will receive an average raise of 2 percent, depending on performance, but will have to contribute more to health care.

Unlike most budgets in past years, Girtz opted not to spend the fund balance—leftover money from the current fiscal year—instead rolling it over into reserves. Manager Blaine Williams warned the mayor and commission last month that ACC’s rainy day fund was lower than he felt comfortable with.

The full budget is available here. Commissioners started reviewing the budget at a work session Monday. Another work session will follow at 5:30 p.m. Wednesday, May 8 in the planning department auditorium on Dougherty Street, where the public will have the opportunity to comment. Public input will also be accepted before the commission’s agenda-setting meeting at 6 p.m. May 21 at City Hall. A vote is scheduled for June 4.