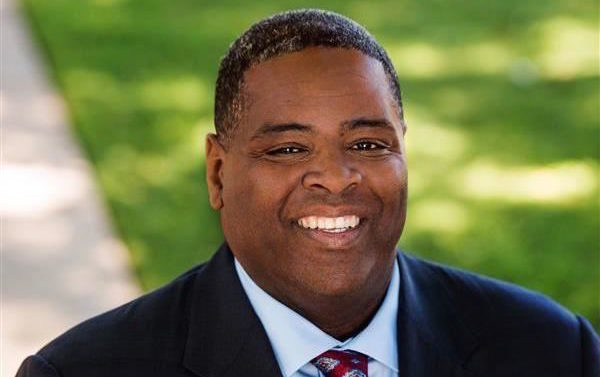 At an Apr. 2 community forum on the upcoming budget, Clarke County School District Superintendent Demond Means repeated what has become something of a mantra for him: Unlike others in the community, he believes children enduring poverty and trauma can learn, and test scores do matter.

“As a school system, as a community, we have to start pivoting away from the concept that these children can’t learn,” he said. He wants the school district to “break the narrative” that poor children can’t “do whatever.”

Means’ comments were part of a presentation at Whitehead Road Elementary about the CCSD budget for next year, which aligns with the strategic plan. The superintendent will be giving the school board a balanced budget, one that continues to emphasize small class size in elementary and middle schools, and greater funds for support personnel, such as social workers and counselors. The state is giving all public schools $30,000 to invest in security upgrades, and is giving teachers $3,000 of the $5,000 pay raise Gov. Brian Kemp promised.

After years of austerity cuts to public education, the state is fully funding the Quality Basic Education (QBE) formula, which means $74.5 million will be coming to the Clarke County School District. Clarke County property taxes will raise another $77.3 million. Means said the projected budget for next year is $160 million.

The state is paying about $1 million for transportation, so CCSD will have to pony up about $8 million to get students to and from school. There is no talk at the state level about making up the difference. The school district will also pay the salaries of 117 teachers who provide “specials” to students, such as art, music and physical education. Means said elementary students need more time for specials.

Poverty and trauma, Means said, are out-of-school factors “that don’t impact school learning.” Instead, he said, these factors affect behavior. Children dealing with poverty and trauma can still learn at high levels, and “good, high-quality instruction” can address the needs of children.

Social worker Mimi Elliott-Gower said research has shown that children suffering from trauma experience changes in their brains. They need more social and emotional support to deal with these changes, which mean increased numbers of certified staff and paraprofessionals. And that, she said, requires pay increases.

CCSD parent Bertis Downs asked Means why he so often sets up a straw person about poor children in the classroom. Downs said he has not heard people say “poor kids can’t learn” or “test scores don’t matter.” He also wondered when the facilities plan will be finished.

Means said since he presented the facilities report in November, he has gotten a lot of input from the community on, for example, the West Broad School, where he has proposed replacing a community garden and farmers market with early-learning classrooms and a health clinic. He did say he wants the old Gaines Elementary School to house a Boys and Girls Club, a Junior Achievement Biztown and an office of early learning. If a new Eastside library were to be located there, Means said he would be willing to move the early learning facility to Whit Davis Elementary.

Means made many similar points about the CCSD budget and state education spending during a presentation to the Clarke County Board of Education on Apr. 4. While the district’s projected budget is $10 million more than last year, most of that increase is a result of the state’s $3,000 teacher pay raise. The state is only paying for raises for teachers funded by QBE, though, and has mandated that local school systems cover raises for teachers whose salaries are locally funded, said Chief Financial Officer Larry Hammel. Nor is the state paying for raises for other school employees, like cafeteria workers or custodians.

Plus, while the state is fully funding QBE for the second year in a row, it’s not enough to catch up from Great Recession austerity cuts, Means said. Overall, there’s a $20 million gap between what the state provides and “what we have deemed to be a reasonable program for our children,” he said. Only about $500,000 will be available for new initiatives or positions next year, he said, raising the possibility of spending reserves, although he said he’s generally in favor of a balanced budget.

Without naming them, Means also criticized state Sens. Bill Cowsert (R-Athens) and Frank Ginn (R-Danielsville), who voted in favor of a failed effort to allow parents to divert tax dollars toward private-school tuition. “Candidly, I was very disappointed that some of our legislators who represent this district were the leaders in promoting vouchers statewide,” he said.

Means was a superintendent in Wisconsin when Republicans there implemented a voucher program. “There’s nothing good about vouchers,” he said. “…You cripple public schools in the name of promoting private schools. That’s what vouchers do.”

In the coming months, administrators will review former superintendent Philip Lanoue’s controversial “one-to-one” policy giving each student a laptop or other digital device, which critics say disadvantages students from low-income families who lack internet access (although AT&T provides Wi-Fi for $10 a month). But in the meantime, Means suggested spending $2 million to buy about 4,400 devices to replace ones that are outdated. Board members objected, saying they’re not sure they want to spend the money before deciding whether to continue one-to-one.

The issue is complicated, Means said, involving physical facilities as well as instruction. On the instruction side, while the district is saving money on textbooks, teachers are copying materials more than ever. And the recent expansion at Clarke Central High School didn’t include lockers, he said, because students had no need for them without textbooks to carry.

Also regarding facilities, the board will vote Apr. 11 on $850,000 worth of improvements to the Clarke Central softball field, after players told the board and administrators at a meeting last month about the lack of amenities like restrooms or a concession stand. Means also floated the idea of creating a new committee. “The softball issue wouldn’t have crept up on us if there were a facilities committee,” he said.

In addition, Means shared some statistics from Clarke Central that he said show CCSD is moving in a positive direction. English literature proficiency and attendance are up, while fights and other disciplinary incidents are down.

This article has been updated to correct the number of digital devices Means proposed buying.