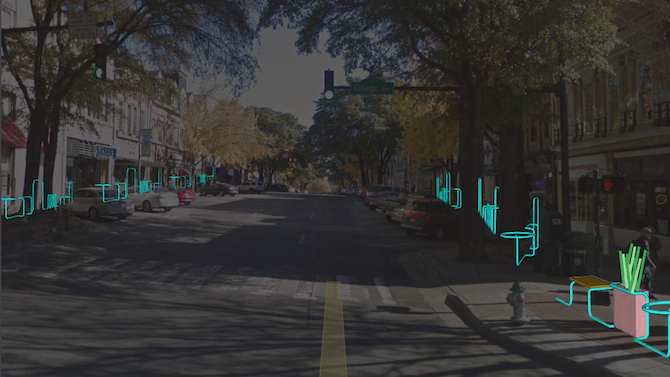 ACC’s dormant Community Tree Council is being “reconstituted” and seven new members are sought. The group sponsors local tree plantings and advises citizens on matters arboreal (and agonizes when people cut back their crepe myrtles). The council can also make policy recommendations to county commissioners. ACC has never had a strong tree ordinance; one was proposed back when voters were asked to combine the city and county governments, but was dropped as too controversial. After unification passed in 1990, it was never taken up again.

Continuing a commitment to building new sidewalks where they are needed, commissioners are prepared to approve two short stretches of sidewalk to close gaps along Southview Drive and Baxter Street. A third gap project, along Chase Street, cannot be built unless property can be acquired from the adjacent landowner, Richard Hathaway. “[Transportation and Public Works] staff has offered fair compensation, and the property owner’s counteroffers have continually risen during negotiations,” a staff report said. Commissioners can use eminent domain to force a property owner to sell for such a public purpose, but are loath to do so.

Also on agenda for the Mar. 5 voting meeting: cops at local schools. If approved, the Clarke County School District will continue to reimburse the county government, which has long supplied local police as “school resource officers.” Two citizens who spoke at the Feb. 19 agenda-setting meeting asked whether having police officers at schools could get students enmeshed in the criminal justice system as a result of minor infractions, and asked for more data on their activities. Commissioner Jerry NeSmith agreed he’d like to know how many arrests are made and what for. A work session on ACC’s criminal justice system is planned for Mar. 20.

But officers are “a very critical part of the school community,” Commissioner Allison Wright said.  “They get to know the students,” and just the presence of a police car deters problems—the day a student was assaulted by a visitor was the day the resource officer was out sick. Mayor Kelly Girtz, a longtime teacher, principal and school administrator, agreed that “there really is a lot of informal and supportive interaction in the hallways between officers and students. You really do see officers taking on a mentoring role.”

Could preference be given to minority contractors in building greenways or other projects? Commissioner Ovita Thornton raised the question last week. Girtz said he would look into how such programs are set up elsewhere, and noted that Envision Athens is working to enable more local contractors to participate in such projects.

And commissioners will decide in March whether to accept the recommendation of the Athens Cultural Affairs Commission, a government-sponsored citizens group, for public art by Austin, TX artist Eric Leshinsky when the Clayton Street infrastructure is rebuilt. Leshinsky proposed “a simple thread of powder-coated galvanized metal pipe that bends in multiple ways, stops and starts, and creates functional shapes as it moves along the sidewalk.” And a mural selected by the ACAC will soon be painted on the east side of the Morton Theatre’s annex, showing musicians who played there in the building’s heyday.

“These large commissions are not going to local artists,” Link complained. “I’m hearing a lot of negative feedback from the local arts community.” Should local artists get preference? Or should out-of-town artists be required to work with a local apprentice? Further discussion with the ACAC is planned.

Finally, plastic shopping bags are “the No. 1 problem” blocking ACC’s storm drains, Commissioner Russell Edwards said, as commissioners prepared to approve a long-planned expansion of the Lexington Road landfill. “We don’t like spending money on [the] landfill,” NeSmith said. “We don’t like filling landfills up, so let’s all be very aware of the opportunity to recycle.” Too much styrofoam is going to the landfill, he said; it can be recycled instead at the CHaRM (Center for Hard to Recycle Materials) on College Avenue. “And let’s not forget disposable wipes. They’re not flushable… They cause big problems and cost us a lot of money” when flushed down toilets. Girtz added he will appoint a committee in spring to “carve a path for us for elimination of the plastic bags and polystyrene containers.”