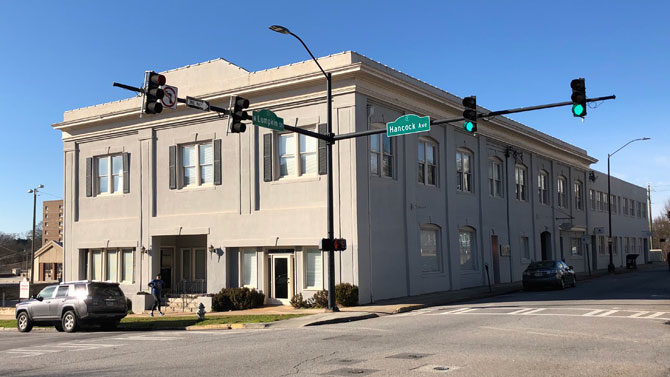 The Athens-Clarke County Commission capped off a busy week with a contentious called meeting Friday, Jan. 18 to temporarily ban demolition downtown while planners consider new design guidelines or even another historic district downtown.

Commissioner Melissa Link has been pushing unsuccessfully to look at new design guidelines for downtown since before she was elected in 2014. Now joined by several like-minded newcomers—including Russell Edwards, who also made downtown the centerpiece of his campaign platform—Link forced the issue last week.

“There’s a general malaise in the community about the direction downtown has gone in the past eight years, the scale of the development and the general character,” Link said. The downtown master plan has been largely neglected, she said, so the moratorium is an opportunity to “create a vibrant, walkable downtown our constituents demand.”

Commissioner Mike Hamby, who chairs the downtown master plan committee, bristled at the suggestion that the plan is being ignored—although the committee hasn’t met in three years—noting that its components are expensive, and some are already happening through ACC’s transportation sales tax, TSPLOST. He came around, however, when Link and Commissioner Mariah Parker agreed to amend their motion to clarify why the moratorium is needed and the process that would take place while it’s in effect. A recent moratorium on Hancock Avenue demolitions went nowhere and expired, and two previous downtown moratoriums—on new bars and residential development—resulted in little policy change.

Commissioners Jerry NeSmith and Allison Wright were less forgiving. They ripped into Link, saying that she sprung the moratorium on them with just a day’s notice and did not talk to property owners beforehand. “That is the purpose of pushing the pause button, to have those discussions,” Link responded.

While Mayor Kelly Girtz has long favored taking another look at the design guidelines the commission passed in 2006, what “tipped the scales” and made the discussion urgent was the fate of the Saye Building, he said. First United Methodist Church, which owns the low-slung office building at Lumpkin Street and Hancock Avenue, wants to tear it down and turn the property into a parking lot—at least temporarily, while the church considers another use. Link blocked the demolition with a 90-day hold that was about to expire.

“This is like killing a fly with a sledgehammer,” NeSmith said. He called the moratorium “totally inappropriate… It totally throws out all the work we’ve been doing this week [in a get-to-know-you retreat] to communicate. It makes a farce of it.”

Wright said she was not provided enough information—including the cost—and hadn’t even seen a letter the church had sent that afternoon objecting to the moratorium. “The transparency Ms. Link talks about all the time is not here,” she said. Wright also objected to the process being driven by a commissioner, pointing to the recent historic districts created in Five Points, which were driven by property owners angry about out-of-scale infill.

Edwards played peacemaker, urging colleagues to “lower the temperature” of the debate. Discussions about historic districts are often spurred by a demolition or the threat of one, he said. (In Five Points, it was a specific house on Milledge Circle.) “We’re following the established historic designation process for our community, and it addresses a concern I’ve heard for years,” Edwards said.

The Saye Building is about 100 years old, and an addition is about 70, according to Tommy Valentine, executive director of the Athens-Clarke Heritage Foundation. First United Methodist representatives argued that the building has asbestos and is in bad shape. Valentine acknowledged that rehabbing it would be “challenging,” but “money is on the table,” he said, referencing state tax credits for renovating historic buildings.

The one-year demolition moratorium passed by a 6-3 vote, with Link, Parker, Edwards, Hamby and commissioners Tim Denson and Patrick Davenport in support and Wright, NeSmith and Commissioner Ovita Thornton opposed. (Thornton said she supports design guidelines but felt the process was rushed.) Commissioner Andy Herod was absent. Davenport lent some drama to the proceedings by pausing for thought before he cast the deciding sixth vote.

Next, already overworked county planners are likely to hire a consultant, which will cost about $20,000 to create a historic district or $100,000 to write new design guidelines, according to Planning Director Brad Griffin. Link said she envisions a committee of commissioners guiding the process, with help from the expertise of community members. She had originally proposed a seven-month process, but the commission extended it to 12 months at Griffin’s urging. At the end of the process, Griffin said, the commission could create a new appointed board to regulate the design of downtown buildings, similar to the Historic Preservation Commission.

The new historic district, if approved, could cover parts of downtown that were not included in a downtown historic district the commission approved in 2006. That district consisted mainly of the core of downtown; the new district would likely cover mainly the western end of downtown, along with a few other scattered properties.

Athens Downtown Development Authority co-director David Lynn, who was serving on the commission in 2006 and heavily involved in the downtown historic district, said he didn’t remember much appetite for a historic district among west-end property owners, although supporters made a “solid argument,” and “the present historic district has been good for downtown,” he told Flagpole.

Girtz pushed back against the suggestion that it was a newcomers vs. veterans fight, noting that three-termer Hamby sided with the progressive faction, and newcomer Thornton sided with NeSmith and Wright. Although the meeting was heated, he said he’s confident commissioners will put their differences aside and move on.