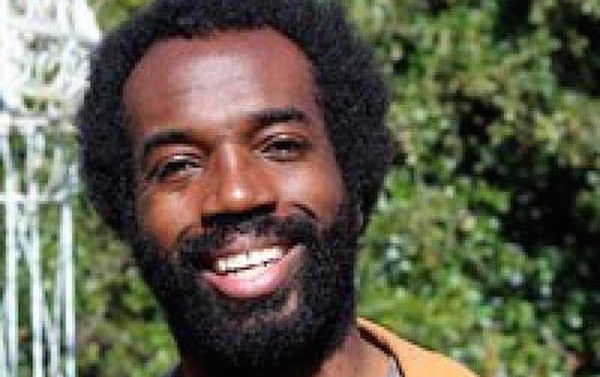 
Photo Credit: The University of Georgia

You won’t believe this.

An Athens PhD student has some controversial political views. And he posts them on social media.

Irami Osei-Frimpong, a University of Georgia teaching assistant in philosophy, is well-known in Athens political circles. He hosts a YouTube show and posts his thoughts on race and class on Facebook multiple times a day.

Some months ago, Osei-Frimpong said that “some white people may have to die for black communities to be whole in this struggle to advance freedom.”

This has been willfully distorted by the right. A UGA student associated with Campus Reform, a well-funded conservative organization that seeks to catch college professors in statements it can cast as embarrassing to the left, went to a UGA Young Democrats meeting to confront Osei-Frimpong, cellphone camera rolling. (Campus Reform has had it in for this guy for a while.) Campus Reform alumni include Mitch McConnell, Mike Pence, disgraced operative Ralph Reed and James O’Keefe, he of fake-pimp ACORN fame.

I had hoped this blatant smear job against a person who’s not even really worthy of smearing would stay confined to the right-wing blogosphere, but that is not the case. The AJC  and Atlanta TV stations saw a ratings/clicks bonanza (race! politics! UGA!) and took the bait. A story about a TA’s views on some hypothetical race war—not the federal shutdown, or whatever the legislature’s up to, or any number of other vastly more important topics—is currently the most-read story on the AJC’s website.

Athens-Clarke County Commissioner Mariah Parker and school board members LaKeisha Gantt and Tawana Mattox felt moved to release a statement in support of Osei-Frimpong. UGA, meanwhile, has been peppering Twitter with a statements of its own: First, the university condemned racism and violence while also standing up for Osei-Frimpong’s right to talk politics on his own time. When donors threatened to withhold their checks, though, UGA shifted its stance to say that it’s exploring disciplinary options with the state attorney general’s office.

Don’t get me wrong. Osei-Frimpong has a history of questionable rhetoric. It became an issue when ex-congressional candidate Chalis Montgomery felt threatened by it. This is not about coddling white feelings—it’s about framing an argument in a way that will win over allies, rather than drive them away.

But his remark is not a threat of violence, as conservatives have sought to cast it in an effort to discredit the liberal elite. Many white people have died for black communities to be whole in this struggle for freedom. Heather Heyer. Andrew Goodman and Michael Schwerner. Over 300,000 Union soldiers. He stated a fact. Sadly, the struggle is not over.

That’s not even mentioning the many thousands of whites who’ve died in defense of white supremacy, and might not react too well if true equality is ever achieved.

Just go look at Osei-Frimpong’s Facebook page. Read the comments about how he ought to be hanging from a tree. They’re proving him right.

Editor’s note: Montgomery disputed the characterization of her reaction to Osei-Frimpong’s attacks on her campaign, so the sentence has been reworded.

Nominations Open for Vic Chesnutt Songwriter of the Year Award